SEE ALSO: Smart speaker jams both Alexa and Google Assistant into one hub — with a touchscreen

As Skype noted in a blog post, “Japanese has commonly been noted as one of the most difficult languages for native English speakers to learn.” So this new addition should serve as a huge benefit to users, especially for those who already use Skype Translator for its nine other spoken languages, including: English, Spanish, French, German, Chinese (Mandarin), Italian, Portuguese (Brazilian), Arabic, and Russian.

To try out Japanese or another Skype Translator-supported language, go to your Skype Windows Desktop and click on the globe icon (shown below). Or if you’re using Windows 10, click the Skype Translator button via the Skype Preview app. 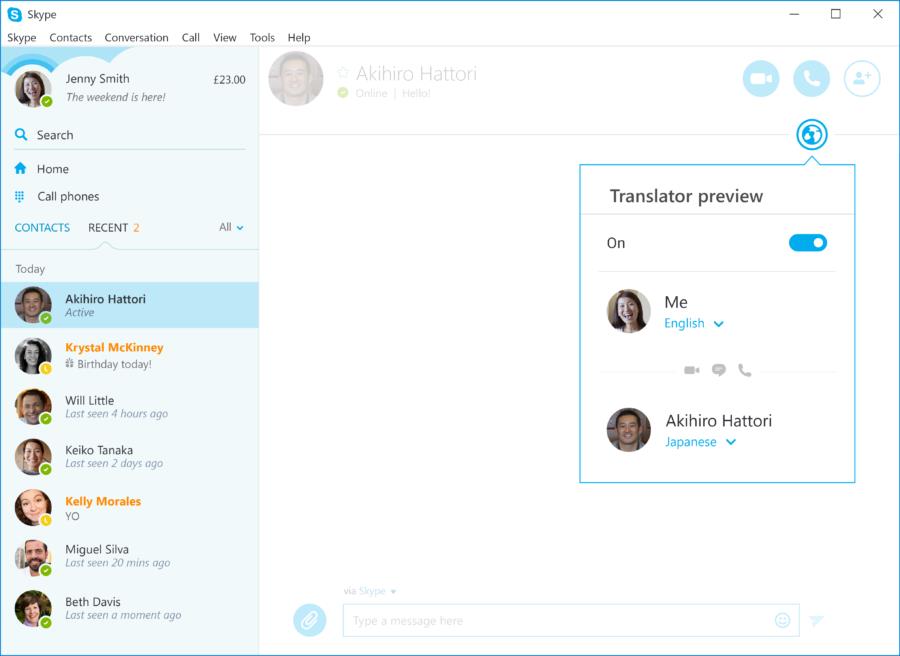 Back in January, Google also revealed that its Word Lens smartphone app — which allows users to point their phone cameras at text and receive instant translations — would support Japanese too.

Aside from translating voice and video calls to help eliminate language barriers, Skype also offers text translation for more than 60 languages. Who knows, perhaps we’ll be seeing several of those languages added to the voice translator in the future.

WATCH: This company is microchipping its workers to give them an all-access pass to the office