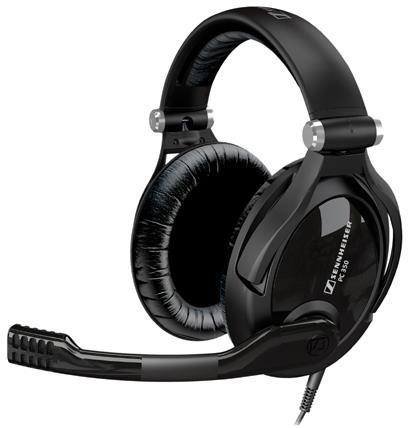 From the author of

From the author of

From the author of 

If you’re like me, you do a lot of listening on your PC – to music and movies and podcasts and such. But you also do a lot of talking to your computer, in the form of Skype calls, Facebook voice chats, online videoconferences, multi-player online gaming, even (for some of us) recording podcasts and musical performances.

The challenge is how to capture the best sounding audio over your PC. The little microphone built into your computer’s webcam is limited in quality; so are the low-cost headsets you see advertised for Skyping purposes.

This is especially important if you’re recording your words and sounds for posterity. When you’re creating a podcast or Internet radio show, participating in an interview online, or recording your band, any old microphone won’t do; you need professional-level results, but on a budget.

Fortunately, there are lots of ways to make your computer recordings sound more professional. Some of them don’t even cost an arm and a leg.

The easiest way to improve the quality of your audio input is to use a better microphone. Most of us get by with the mic built into our PC’s webcam, or with a cheap little headset that somebody threw in for free. Sorry to say, but the microphones built into these devices are junk. They’re cheaply built and they sound awful. You can do better.

If two-way communication (for Skype or online gaming) is your thing, consider upgrading to a higher-end headset. I’m not talking about the $20 models you find at Best Buy, but rather a unit that features a high fidelity microphone for improved voice quality. These models will run you $50 or more; the better units are priced in the $100-$200 range. Now, that might seem like a lot of money, but you’ll hear the results immediately; these are good-sounding units that capture the full fidelity range of the human voice.

For example, Sennheiser’s PC 350 headset offers a noise-cancelling microphone with a frequency response of 50Hz to 16,000Hz. It’s billed as a “gaming headset,” but the audio quality is sufficient for podcasts and online broadcasting, as well. This pup will set you back $180, but it’s worth it.

That’s just one option, of course. Other popular high-end headsets include the following:

I like the results I get from my Plantronics headset, but you’ll get the best quality recording from the Audio-Technica BPHS1. This is a true pro-level headset; the boom-mounted mic has a cardioid polar pattern fine-tuned for speech over a wide frequency range. This makes it more sensitive to sound originating directly in from the mic, so you pick up fewer unwanted sounds from the side. This is the type of headset you the pro announcers using at live sporting events. 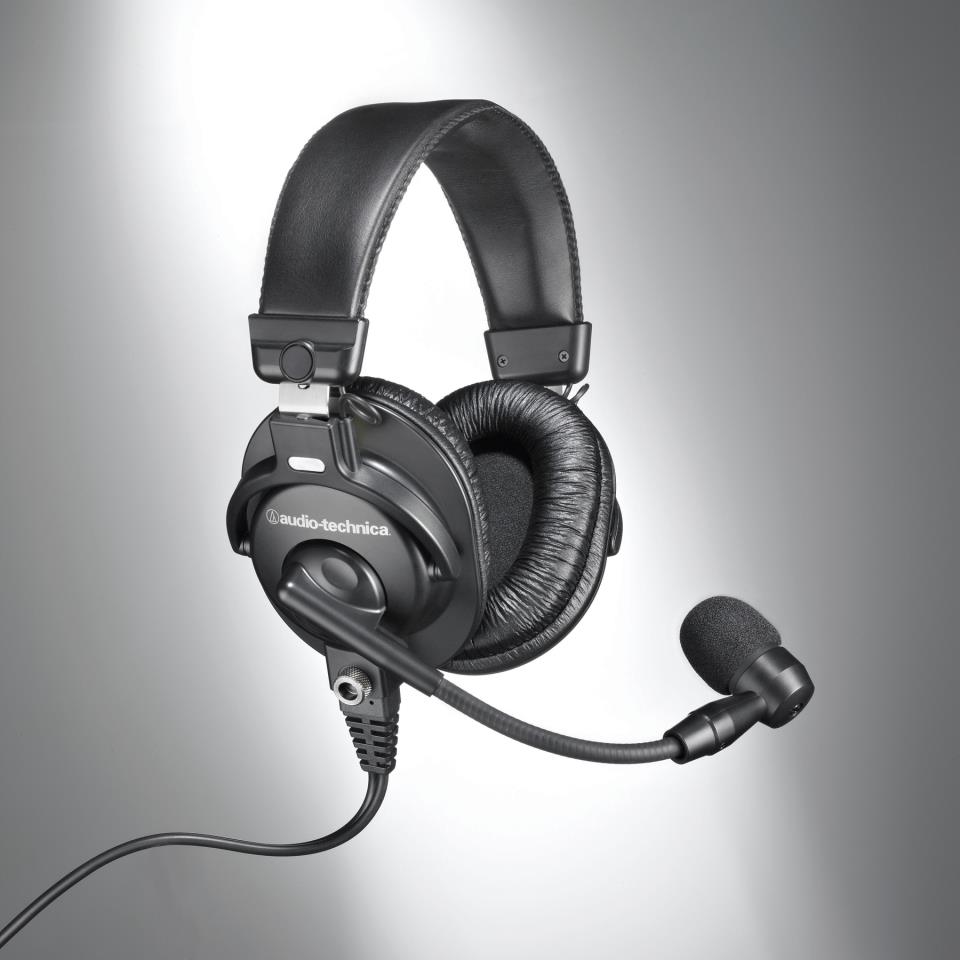 Note that some of these units connect via USB; others plug into your computer’s audio input/output jacks. I tend to prefer USB models for the single-plug convenience, but either type of connector should work fine.

By the way, one added benefit of an upgraded USB headset is that they also make everything you hear sound better. Most of these units feature higher-end audio drivers and a more comfortable fit, so you’ll hear the other party better than you did before.

If you want even better quality audio, consider using a separate microphone. (You can still use headphones or earbuds for listening, if you’re doing the two-way thing.) For computer use, the most popular approach is the USB microphone, that connects to your PC via the ubiquitous USB connection.

There are a lot of good-quality USB mics out there, most of them pitched at the podcast market. You can choose from condenser mics that create a nice “live” sound but require additional preamplifcation (often in the form of inline battery-powered phantom power), or dynamic mics that do a better job isolating vocals and reducing background noise. Either type is fine for general home studio use, although condenser mics are more popular for voiceover work. (Dynamic mics are better for louder work, such as recording instruments or use on stage.)

You also need to consider the pickup pattern of the mic – that is, from where the microphone picks up the most sound. An omnidirectional mic picks up sound from all around the mic, in a 360-degree pattern, which is fine if you’re recording a group or more than one speaker. A cardioid mic pics up more sound from directly in front of the mic, muting sound from the sides and rear, which makes it better when you want to isolate a single speaker. Some mics, such as Blue Microsphones’ Snowball, let you switch between omnidirectional and cardioid patterns. 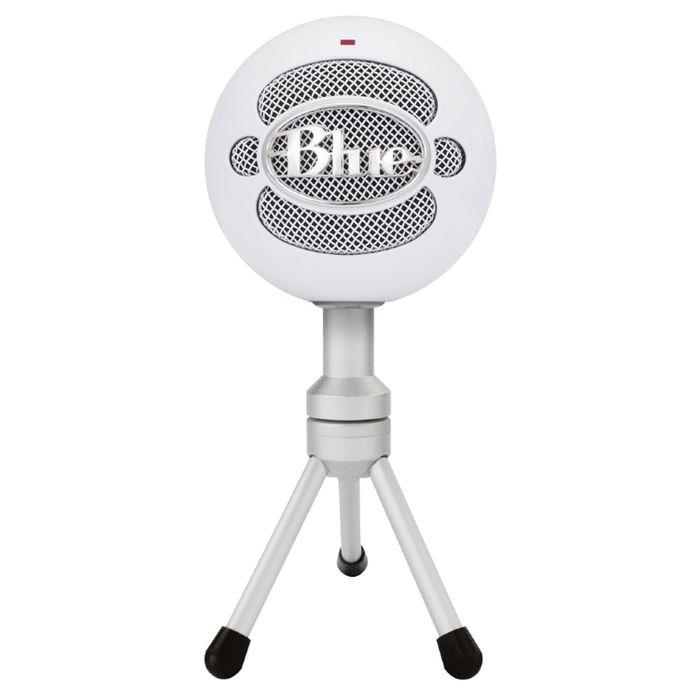 You can spend anywhere from $50 to $200 or more for a quality USB mic; obviously, the higher the price, the better the sound. Some of the more popular USB mics for voiceover work include the following: 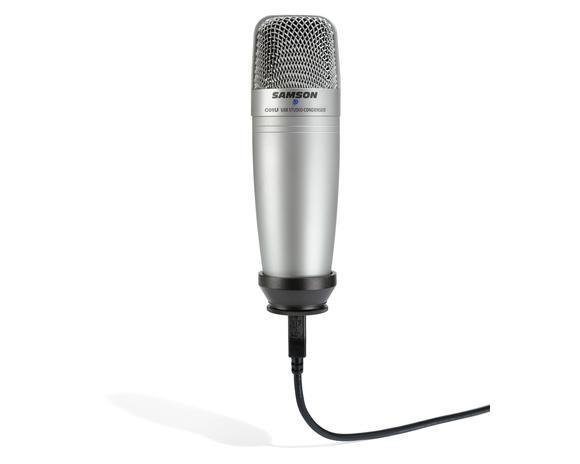 You can also use traditional (non-USB) microphones, of course, but then you have to deal with how things connect. Most professional microphones use an XLR connector, which you won’t find on most (if any) traditional PCs. You will, however, find XLR connectors on outboard audio interfaces, however, which we’ll discuss in a moment. If you have one of these units, you might want to consider the following pro mics for voice use:

For what it’s worth, I use a Shure SM7B in my own home studio. It’s known for its flat, wide response, but I find it emphasizes the warmth in my voice. It’s a true pro-level mic, and sounds like it; I get a lot of complements on how good my voiceovers sound when I use this mic. 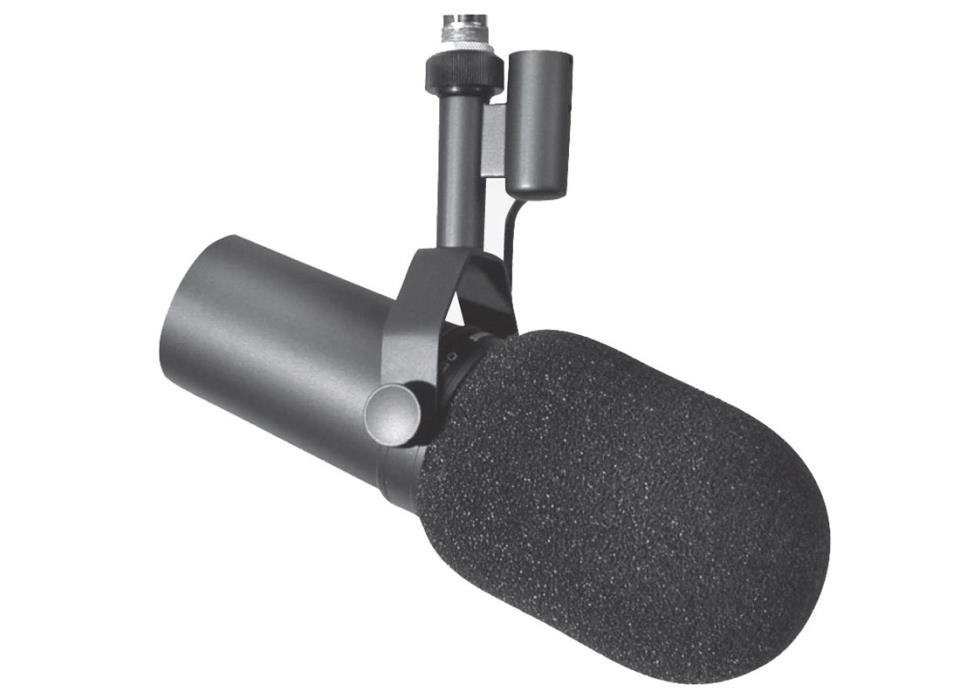 By the way, you can make any mic sound better with the right accessories. You’ll need some sort of mic stand – either a desktop stand, a desktop boom stand, or a floor boom. I’d also recommend a pop filter to reduce sibilance and breathing noise, as well as a shockmount to isolate the mic from any nearby vibrations.

If you have a pro-level mic with an XLR or 1/4″ connector, it won’t connect directly to your PC. Instead, you need some sort of external audio interface device. This outboard box connects to your PC via either USB (more common) or FireWire (faster), and essentially replaces your computer’s built-in sound card. Most of these audio interface boxes have multiple inputs for XLR and 1/4” audio connectors.

You can spend anywhere from $100 or so up to $1,000 or more for a good audio interface box. The best boxes function as mini-mixing consoles, which is great when you’re using multiple mics to record a band or group of speakers. Some even include built-in microphone pre-amps, which are necessary when you’re using sensitive dynamic mics.

Some of the most popular of these models include the following:

I use the MOTU 8pre, because I do a lot of multi-instrument recording, but that’s probably overkill for most folks. For simple podcast recording, a lower-priced unit with one or two inputs is fine; you’ll need a higher-end unit only if you need to record multiple speakers, vocalists, or instruments simultaneously.

The other advantage of a higher-end audio interface device is that you’ll typically get higher-quality audio processing than you get with your PC’s built-in sound card. The best of these units offer 24-bit/96MHz digital audio, which will sound better than what you’re used to.

So if you really want to improve the audio input or recording quality on your computer system, buy a higher-end microphone and audio interface box. Or, if your budget is more constrained, stick with a good USB microphone or higher-end headset. In any case, you’ll get much better results than what you have on a stock PC – you ears will tell the difference.