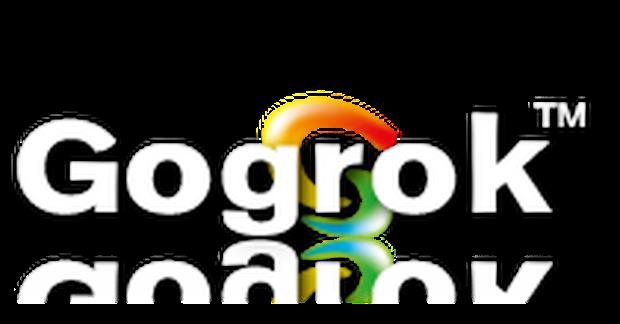 is a companion program that runs with Skype (download for Windows and Mac) to give people remote-access capabilities. More than a typical plug-in but not able to stand on its own, the Skype-Gogrok combo makes for a good voice- and remote-access tech-support duo that’s not quite dynamic.

Gogrok runs only on Windows XP, 2003 Server, and Vista, and has its own login and interface that are reminiscent of Skype’s. When you load the program, it launches in a narrow-profile user interface (UI) with a big connection icon at the top indicating your connection status. That, in turn, is flanked by buttons for docking the panel to either side of your screen. The center is filled with three empty headshot icons, and a button for importing your Skype contacts. Host users–indicated by the top icon–can connect with up to two viewers at the same time. 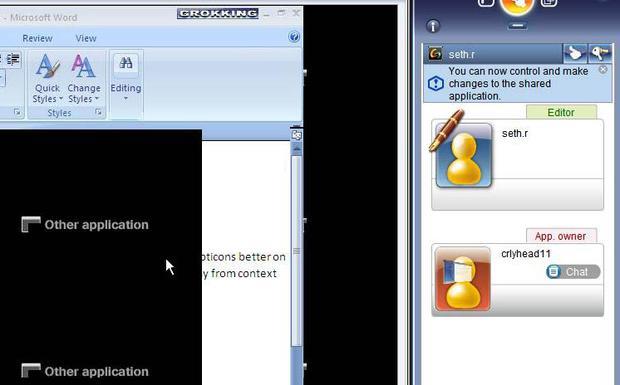 A list of active programs on your computer pops up. You can select single applications to allow your guest to control, or you can give them access to your entire PC. With Gogrok, the person whose computer is being accessed must initiate the connection. This is the opposite of the generally passive role played by users who allow remote control of their machines.

If you’re hoping that this complex process belies the true nature of the program, I’ve got some bad news for you. Gogrok has a familiar and easy-to-use interface, streamlining the otherwise long-winded start-up procedure. The strong UI design continues in the main window that displays the remote computer, but the program doesn’t run smoothly.

The system resources of the computers making the connection, plus both of their connection speeds, can drastically alter the remote-access performance. With one computer on a wireless cable modem and another on a T1 line, our multiple tests showed that the remote window was often sluggish in responsiveness and slow to load, even after five minutes of being connected.

The mouse movements were almost always more responsive than the keyboard. The program window, whether sharing a resource-sucker like Microsoft Word or a lightweight application like NoteTab Light, would often load in chunks and blocks. The VoIP connection was always smooth, though that probably has more to do with the stability of Skype than the instability of Gogrok.

Viewing-only access went a bit smoother than edit-level access, but was frustratingly slow to respond to new input. Easy-to-see labels at the top of the remote screen make program status accessible, and running Gogrok’s remote access in a non-maximized window also helped the program run a bit smoother. File transfers are done through Skype.

Gogrok does come with an excellent help resource. There’s the standard user-initiated query, but there’s also a Help function that’s activated in a child window by relevant keyboard and mouse commands. It’s a great feature for people uncertain of how to proceed, although I found the program’s layout to be logical enough that this help feature wasn’t needed, even on the first use.

So much of Gogrok’s performance depends on the resources available to the computers involved that it might just be a factor of not testing two machines in corporate-level settings. If that’s the case, though, then Gogrok isn’t quite ready for at-home use. On the other hand, if you’re collaborating with a colleague on the other side of the world, this might be an effective tool for merging discussions over a document with real-time input as long as your Internet connections and computer systems are up to the task.

I grok what Gogrok is trying to do, but it’s just not quite there yet.