Software developer and publisher PamConsult pioneered third party software development for Skype, having provided the initial German translation of Skype and then launching the first Skype Extra, Pamela in 2005. Two weeks ago PamConsult released Pamela 4.5 for which a review is forthcoming. Their PamFax offering won accolades as the 2007 Skype Partner mashup competition.

But the PamConsult team has also been busy developing software that interfaces home TV sets with Internet-based services. A recent announcement provides a window into how consumers will interact with these services simply through their TV’s remote control. 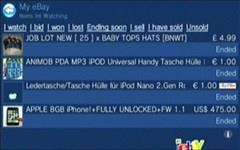 Just a little over two years ago, the Pamela team linked up with Scendix, publisher of “digital home” software for Windows Media Centre, to form PamConsult. For instance, mceAuction allows you to bring eBay onto your TV screen via Windows Media Centre; mcePhone for Skype provides easy access to Skype from your TV. More recently Scendix released Jaast for Wii, leveraging their mceAuction technology into the Nintendo Wii console. Scendix also developed an eBay Skype Tab used in German and French versions of the Skype for Windows client. While attending CeBit in Hannover two years ago I had the opportunity to experience these offerings first hand; the simplicity of their user interfaces via a TV remote control opens up new opportunities for consumer access to eBay and Skype.

Last Thursday, Philips announced a new line of LCD TV’s which will include a new feature, called Net TV, that will deliver Internet-based services and modules to the viewer’s screen via the remote control. From the Philips press release: 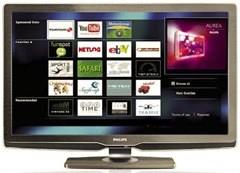 he Net TV feature will be available on all Philips televisions in Europe in the 8000 series, 9000 series and Cinema 21:9 from Spring 2009 onwards. Through Net TV, Internet content is tailored for the best possible viewing experience on the TV screen, and is easily accessed through the TV’s remote control, without the need for extra set top boxes or service subscriptions, or for starting up a laptop.

PamConsult, leveraging their Scendix experience and technology, yesterday announced that they will be providing the eBay channel for Net TV, designated as “eBay, Powered by Jaast”:

Internet with remote control on TV/Media Center/Wii are things we have been working on for years and thus we are proud to say that eBay and Philips have selected us to provide an eBay channel on the new sets.

Based on our mceAuction technology we have adapted the eBay content to work seamlessly on the new Philips systems.We will provide the channel via our Jaast brand.

eBay navigation on the TV is very simple, the same intuitive way of browsing eBay as with mceAuction on Microsoft Media Center and Jaast on Wii.

Given Scendix’s experience with Skype, how long will it be before their mcePhone for Skype technology could be showing up on Philips’ offerings? More importantly does this provide a path for Skype to deliver “Skype Everywhere” through TV as Skype announced at their CES 2009 press conference? 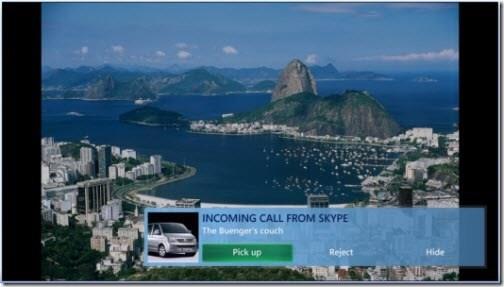