I took a bit of a risk when I saw how easy it was to order a Skype phone from their official online store and have it ‘delivered to my door’ in Cairo, Egypt.

Little did I know that there’s much more involved than entering my credit card details and clicking a button or two. 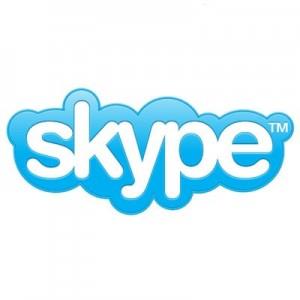 They say it’s not only about having a good product, it’s just as important to make it extremely easy and comforting for customers to purchase. I’ve had my eyes peeled for a Skype phone before I moved to Paris for a few months last year. It’s the logical choice, given that I’m frequently on the move, and want to be able to stay in touch with people worldwide at low prices.

I had written a blog post about the Skype – Vonage rivalry, with the latter having the edge, mainly due to its simple plug-and-play, computer-independent setup. However, now that Skype phones are more affordable and widely available, it’s cheaper and much easier to use the cross-platform Web 2.0 application for long distance calls. Some of the advantages of a Skype phone include:

Egypt isn’t considered one of the ‘internet shipping’ friendly countries. Some services, such as Aramex, provide a US postal address so that Egyptians can purchase from the likes of Amazon and have it delivered to the US. The 3rd party postal provider would then charge them for bringing the packages to their doorstep. It is both expensive and time-consuming, but the best option out there nonetheless. Rumor has it you’re less likely to come up against any trouble with customs via Aramex.

After following my instinct and burning LE1,000 on Skype’s website for a Dual Phone, I quickly regretted it. I’d never ordered something from Egypt to be delivered to my door. And after three weeks and no show, it was clear that it was not a simple walk in the park.

Indeed, about a month after ordering, I get a handwritten envelope and a printed letter saying that my package was there and that I needed to go pick it up. Skimming the letter quickly, I fooled myself, albeit momentarily, into thinking that all I needed to do was stop by the local post office (the guys there are pretty chill – we go way back) and pick up my VOIP phone and talk away.

Yeah…..about that. It turns out my package is held by customs and requires ‘experts’ inspection’, followed by an evaluation of the price (the actual price, which was included in the package, obviously, is no document the authorities go by) which I’ll pay and leave.

So I take the subway and get off at Ramses sq, and make my way to a huge communist block known as the Central Post Office. Funny enough, the entrance was hidden. The entire area is an architectural disaster, but with experience, you can find your way around things.

I went up to the 4th floor, where packages are received, and got to an enormous storage area with government employees scattered all over. After asking 4 or 5 people, I reached my destination where I gave them the form I received, and they gave me the catalog (pulled out of my package), and an official letter. I was told I need to hike to the other side of town and pay a visit to the official ‘Technology Management’ office where they can give the go-ahead for the phone to enter the country. After my 2nd question, the lady at the desk made it clear that she did not see it as part of her responsibilities to answer my queries, and that I should move on.

I took a cab through prime time traffic with a handful of papers and eventually made it to a modern, air-conditioned office where I wasted 10 minutes filling out a form before meeting the guy with the authority to sign my original form. He was on the his cell phone and wouldn’t even hang up, “This isn’t going to enter. I’m not going to let this through. That’s final”, and then he continued with his phone call.

Needless to say, I tried everything possible and could not get him to give me permission to let the Skype phone into Egypt.

As it turns out, any VOIP machine, of any sort, is completely forbidden from entering the Arab Republic of Egypt. That is mainly due to Telecom Egypt wanting to openly monopolize on all of the international calls made form within the country, but much more importantly, it allows the government to be able to track all of the calls made, and to review the log if there’s suspicion of any sort. They are so strict about it, that you can’t even bribe your way through it. True story.

I got back home and told my mother about it, which is an indirect way of asking for the highest connections that can do us a favor or two. We finally got to the assistant to the minister of technology, who said he’ll try his best. He came back saying that he couldn’t do anything, and that there’s absolutely no way around it.

We’re in the process of trying to get it somehow, but it looks like I’ll have them reject the package and return it, and hopefully get an almost full refund.

Bottomline is this: buy yourself a Skype phone from abroad, and smuggle into Egypt so that you can make all the calls you want for close to nothing. This old-fashioned government is trying to use outdated techniques to control the people. But as we all know, they will inevitably fail. The web, with all its protocols, is power to the people, and no authority is big enough to contain it, nor control it. We have the saying, and we decide what to bring up, and what to demolish.