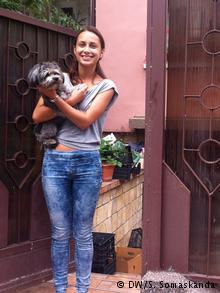 Seven years ago Mariana left her home country and her three children behind to find work abroad. She had been unemployed in Romania for four years and was only receiving 40 euros ($50) per month in governmental aid – just a fraction of what she would have needed to support an entire family. Her son started to work but it “wasn’t enough to make ends meet,” Mariana told Life Links in an interview. When her daughter Andrea became sick and she couldn’t afford to buy her medicine, 50-year-old Mariana knew something had to change. “When this friend of mine in Italy said she could help me find work there, I talked to my kids about it and we all agreed that leaving would be the best thing to do,” she said. The struggle of leaving your children behind But abandoning her children made Mariana depressed. So she returned to Romania for seven months to undergo therapy. Then she went back to Italy to resume her work and support her family financially.

Since her mother Mariana moved to Italy for work, Andrea (pictured) has to take care of her siblings in Romania

Today she still lives in Italy, where she earns 950 euros a month taking care of an elderly man. But because she has to pay two rents – one for herself and one for her family back in Romania – money is still tight. Mariana goes back to Romania to see her family two or three times a year, but “coming back home for only a couple of days is sometimes even worse than not seeing them at all,” she said. “You feel like you’ve been drifting apart in your absence.” Mariana isn’t the only parent experiencing these struggles. Especially in Eastern European rural areas suffering from high unemployment, many – often single – parents leave their children behind to go abroad in search of work. It’s a survival strategy to escape poverty. In Moldova, the average wage is less than 200 euros a month.

Once abroad, the parents try to make it as construction workers, cleaners, harvesters or nannies. By sending their earnings home, they hope to provide a better future for their children.

But often, the future of these abandoned children doesn’t look very bright. The press has dubbed children who must grow up without their parents “euro orphans.” Often, the oldest child is left to fill the role of a parent to their younger siblings – like Andrea, Mariana’s oldest daughter, who is featured in Life Link’s episode #blamemyparents, which will air on November 29. “I try to give my sister what I’ve missed, so that at least she doesn’t feel the same lack of love, the lack of anything,” she says in the episode.

NGOs estimate that there are

in EU member states like Romania, Bulgaria and Poland. In Ukraine, the number could be as high as nine million, according to estimations by the Catholic charity Caritas. As a result, children often live with relatives or in child headed households and 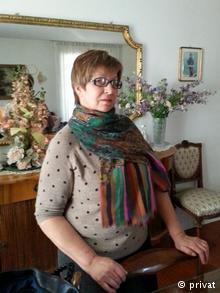 Marieana tries to visit her children in Romania twice a year. Although the decision to leave was tough, “there wasn’t an alternative,” she says.

, the United Nations Children’s Fund (UNICEF) concluded that “the impact of parents’ absence is felt by teenagers too, who struggle without their guidance; all the more grave in a country [Eds: in this case Moldova] with a growing HIV epidemic, concerns about drug and alcohol abuse and notable trafficking risks for young people.” ‘I did it for them’ Marieana Luca, 60, moved from Romania to Italy ten years ago. She currently works as a caretaker for an elderly lady with schizophrenia. Even after a decade, it’s not easy for Marieana, who still struggles with loneliness and language barriers. Back in Romania she was a pensioner earning 180 euros per month and unable to find a job. That’s why she left to find work abroad. “Making the decision was very difficult,” she told Life Links in an interview. “But there wasn’t an alternative. I hope my absence hasn’t traumatized my children because I did it for them.” Her 25-year-old son, Vlad Andriescu, now lives in Bucharest, where he works as a journalist. He and his sister see their mother twice a year. Vlad still remembers the moment he found out his mother would leave the country. “I was in eighth grade, preparing for the first big exam of my life. She told us one week before she actually left. She didn’t know herself if she will have the money to leave. She borrowed it all week from relatives and friends.” Becoming an adult overnight 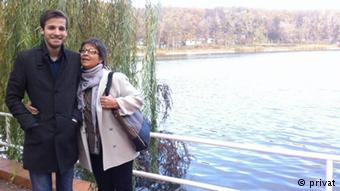 When his mother went abroad to support the family financially, Vlad (left) was left in charge of the family

For Vlad the hardest thing was suddenly being responsible for everything by himself. “We didn’t have anyone to talk to sometimes. We are lonely kids deep inside. But we adapted to the real world,” he said. Vlad partly blames the system for the situation. “My mother was 45 years old and nobody would hire her.”

But he also admits that part of the problem was his parents’ lack of success as entrepreneurs and the fact that they were “incapable of adapting to capitalism.”

Ten years later, he says he feels like a “euro kid” rather than a “euro orphan.” After all, he wouldn’t have been able to go to university had his mother stayed in Romania.

“She blames herself for leaving; she thinks that she’s a bad mother. She will never tell you this, but this is what she thinks,” he said. Dreaming of a better life The reasons why so many Eastern European parents leave their children behind vary. For migrants like Marieana the decision was purely based on economic desperation and imminent poverty. For others it’s a deliberate career step.

Like Gordana; the 57-year-old is a single parent and chemical engineer from Serbia and has left her daughter and home country multiple times to work abroad. When her daughter Jelisaveta was 16 years old, Gordona went to Croatia for two years.

“At the time I primarily went because of better pay and work conditions. The situation in Serbia was difficult, my company was going through privatization and as a single parent I wanted to be able to afford a better life for my daughter,” she told Life Links. 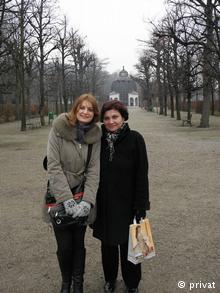 After being alone for many years, Jelisaveta has her mother Gordana back. They now live in the same city and regularly travel together.

The money Gordona sent home helped Jelisaveta pay for her studies and travels and to afford a decent life. But leaving her daughter wasn’t easy for Gordona. “I felt lonely all the time. It’s hard not being able to be there for your children. It was good that I could afford a better life for my daughter but it wasn’t an easy decision to make,” she said.

Jelisaveta, now 27, says she was never “one of those kids who needed around-the-clock parental service.” Nevertheless she still sometimes felt like talking to her mother about what she was going through – but she couldn’t. “At the time there was no Skype or WhatsApp,” she said.

Since then, Gordana has received a few more offers to work abroad but declined them all. She now lives a ten-minute drive away from her daughter’s apartment in Belgrade. They see each other three times a week.

“She comes to my place and I’ll cook, we dine out at least once a week and travel to an exotic place once a year,” Jelisaveta said. Her family’s story has a happy ending because they could afford what many other families in their situations can’t: a change in lifestyle.

Mariana, Andrea’s mother, is still in Italy and is looking forward to the next trip home for her son’s 18th birthday. For her, there is no end in sight to the tragedy: “So many mothers like me have to abandon our children just to make them have something to eat and survive. We cannot do much to change the situation. We are small people. It’s up to politicians to do something and to change the situation we are in.”