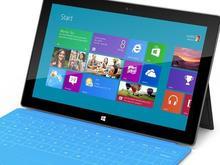 Microsoft informed users on Wednesday that its Messenger service will be shut down on March 15.

Over 100 million users of the instant messenger client were notified by email that they would be moved onto Skype, which Microsoft acquired in October 2011. The exception is users in mainland China, who will still be able to use Messenger beyond March 15.

Most tablets are used for consuming content, not creating it — and while adding a keyboard fixes some of that, it brings with it even more challenges.

Microsoft first announced the plans to merge Skype with Messenger in a Skype blog post in November. The company said it was aiming to complete the merger in the first quarter of 2013.

The email was sent with the subject “Important info about your Messenger Account” and began by telling Messenger users, “It’s time to update Messenger to Skype!”

“Update to Skype and sign in using a Microsoft Account (same as your Messenger ID) and all your Messenger contacts will be at your fingertips. You’ll be able to instant message and video chat with them just like before, and also discover new ways of staying in touch with Skype on your mobile and tablet.”

Skype started testing Windows and Mac beta releases in September , which allowed users to sign into their Skype accounts using their Windows Live ID. This enabled them to send and receive instant messages and check the availability of their contacts on Messenger, Xbox, Hotmail or Outlook.com.