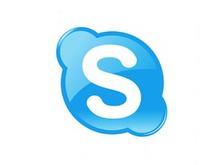 Microsoft will be eliminating support of Skype Managed Accounts, a k a Skype Business Accounts, as of March 29, 2016.

Microsoft began notifying Skype Managed Account users of the deprecation today, February 16. (Thanks to Microsoft-news.com for the heads up.)

Skype talks back to critics on security and privacy

Critics have been slamming Skype (and its corporate parent Microsoft) with insinuation that it’s taking shortcuts with its users’ privacy. In an unusually direct blog post, a top Skype spokesman labels the allegations false.

Customers who want individual Skype accounts to be managed centrally by an administrator should move to Skype for Business to continue to manage accounts this way, according to Microsoft’s blog post.