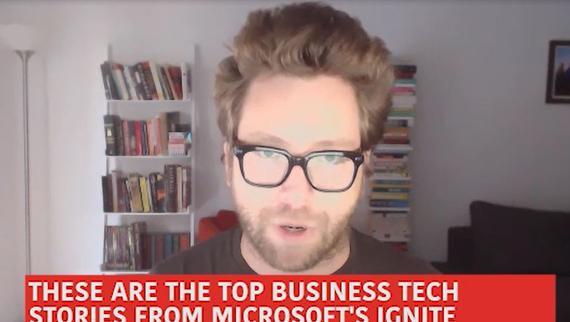 These are the top business tech stories from Microsoft’s Ignite

Microsoft accidentally leaked word of its plans to migrate its Skype for Business customers to its Teams chat-based collaboration service a couple weeks ago.

Officials won’t say when they’re expecting all existing Skype for Business Online users to be moved to Teams, but they will provide a roadmap in early October 2017 with more firm delivery dates for making the capabilities in Skype for Business available to Teams users, said Ron Markezich, corporate vice president of Office 365.

First on the new calling and meeting enhancements coming to Teams will be add-ins for inbound and outbound calls to PSTN numbers; hold; call transfer, and voicemail; audio conferencing (preview), which will allow participants to join a Teams meeting from any telephone; and interoperability with Skype for Business around universal presence, messaging, and calling.

Over time, Teams will replace the Skype for Business client in Office 365 and will become the core unified communications client in the suite. But that doesn’t mean all Skype for Business users will have to go that route immediately. In fact, Microsoft will be releasing a new on-premises Skype for Business server in the second half of 2018, Markezich confirmed, that will provide enhancements to PBX and advanced calling capabilities.

Microsoft also will be changing some of the product naming around Skype for Business and Teams as it moves forward. “Cloud PBX” features will be known as “Phone System.” And PSTN conferencing will become “audio conferencing.”