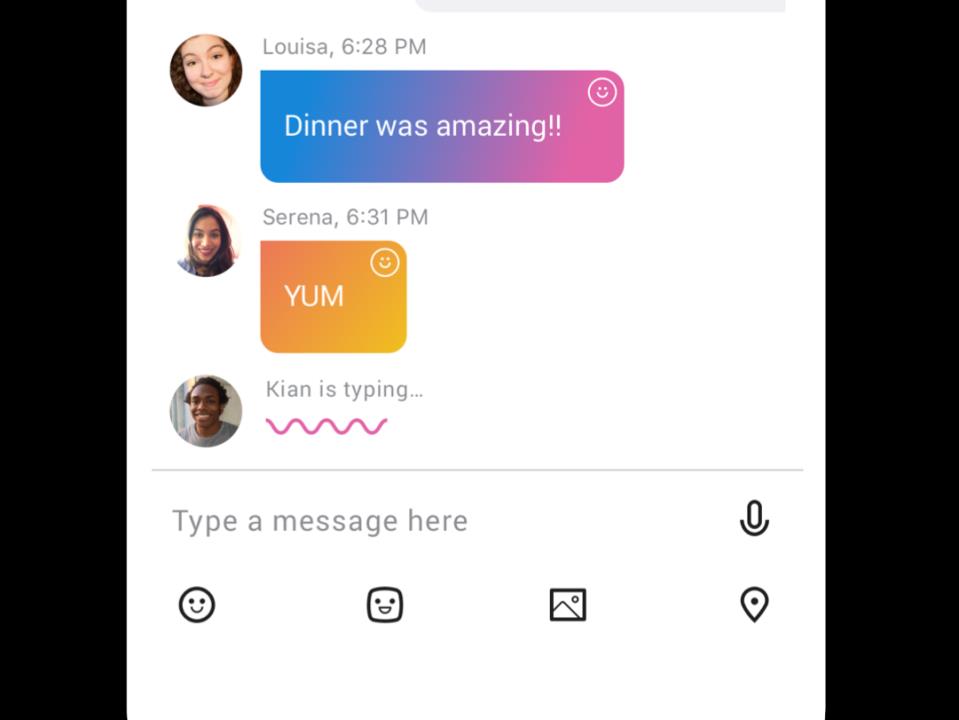 “Skype” is pretty much synonymous with “video chat” —  Skype, which Microsoft bought for $8.5 billion in 2012, has been downloaded over a billion times on smartphones alone, not including PCs and other gadgets.

And yet, Skype itself hasn’t gotten a major new feature or a significant redesign since 2006, when it first added video calling. Meanwhile, Facebook Messenger, a relative newcomer, boasts 1.2 billion users, while Apple’s FaceTime is hugely popular with iPhone and Mac users.

Today, Skype starts to fire back with a huge, sweeping new upgrade that refreshes the look and adds a bunch of smart new features to both text and video chat. This “next generation” of Skype will come first to Android devices, starting today, with updates to the iOS, Windows, and Mac apps coming later this year.

“Every little bit has been changed,” says Raghav.

Beyond the colorful new look, all of the old features, including calling landline telephones, are still there. The general theme with this upgrade is adding a lot more intelligence to Skype, says Raghav, building on last year’s big upgrades to the back-end Skype infrastrcture.

You can call up bots right from within a chat, so you can share the latest developments in the NBA Finals or pull up availability for Warriors tickets, without leaving the conversation. In video chats, you can share photos, call up some of those same bots, sketch on the screen, add stickers, and use filters. And, yes, there’s a way to share photos with your Skype contacts that works a little bit like Snapchat Stories, because that’s the new normal.

Raghav says a big inspiration for this massive Skype overhaul was the feedback the team was getting from customers.

Users, particularly younger users, were using Skype once or twice a week to video chat with their families and friends, but using Facebook’s or Google’s apps for day-to-day chatting. Raghav says it actually speaks to one of Skype’s greatest strengths: It’s where people communicate directly with the most important people in their lives.

By contrast, on Facebook, users are trying to impress a vastly expanded social circle of acquaintances and colleagues. That kind of stage fright might account for why people reportedly aren’t sharing their personal lives on Facebook as much as they used to, Raghav suggests.

“Sharing, the most natural of human interactions, is not happening on social networks,” says Raghav.

So the whole point of this new design, and all of these new features, is to kind of create a private little social world for you and the people closest to you. Your Skype contacts are basically already pre-vetted by you to be the people you care enough about to video chat with, meaning that you’re likely closer to them than your Facebook friends.

With the new features, Raghav says, Skype is definitely trying to enhance your relationships with those people: The bots give you things to talk about and games to play, while the new video chat features encourage you to stay on the line longer. The team is even talking about adding official support for streaming Minecraft straight to Skype. 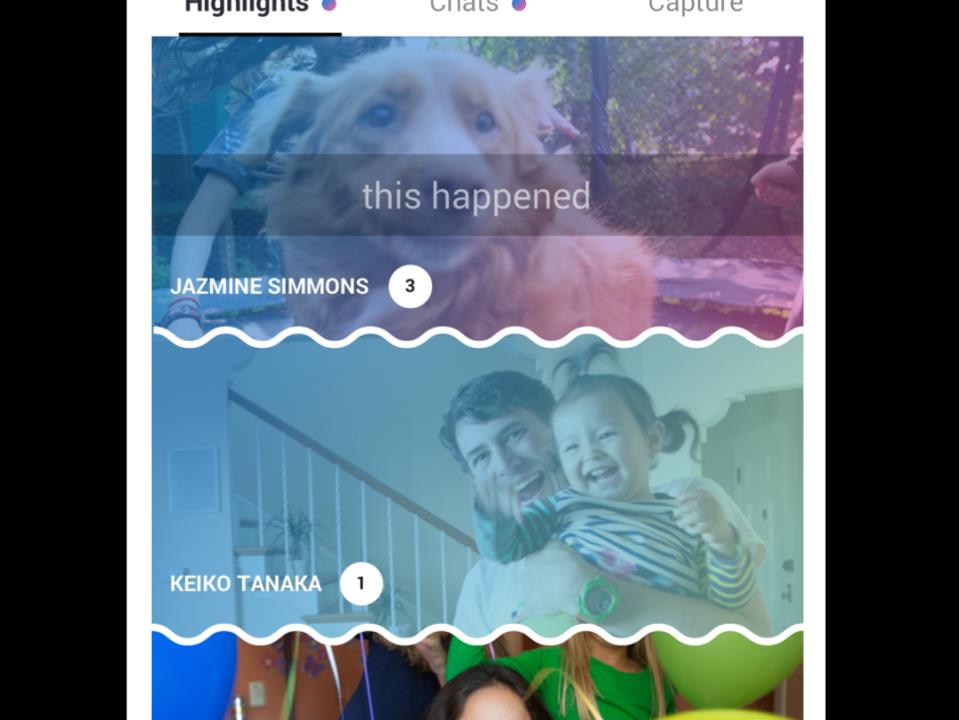 The new Skype Highlights feature lets you share sketched-up photos with your Skype crew. Yes, it works a little like Snapchat Stories.Microsoft

He sees it as a complement to Facebook, not a competitor: Facebook for everyone, Skype for the inner circle. In the long term, Raghav says he hopes and expects it’ll win over new converts as a group chat app like “no others.” In the short term, he hopes it keeps those existing Skype users happily on board for the next decade to come.

“It meets the needs for a lot of people,” says Raghav.

SEE ALSO: A new Microsoft PowerPoint feature is straight out of ‘Star Trek’

NOW WATCH: A guy Skyped his parents while jumping out of a plane