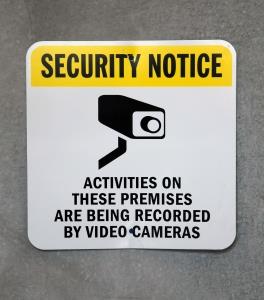 Posted in Microsoft at 11:43 am by Dr. Roy Schestowitz

Summary: Microsoft helps confirm what publications have been claiming about Skype

“Microsoft first denied it, then people became sceptical (Microsoft has a history of lying)”One Linux/BSD site called it “one more reason not to use Skype”. To quote: “Even though Skype for Linux is unlike most applications available on any Linux installation, that is, it is a proprietary application, it has long been a popular chat and VoIP application for many users, not for free software purists, but for those that do not care about the core philosophies of free software.

“If you belong to that group, that is, if any of the core principles of free software does not come into play in your decision to use or not use a software, the latest news about Skype should make you think twice about using it.

“In a recent article published in the The Washington Post, Craig Timberg and Ellen Nakashima reports that “Skype … has expanded its cooperation with law enforcement authorities to make online chats and other user information available to police…””

We wrote about it repeatedly and summarised the issues. Microsoft first denied it, then people became sceptical (Microsoft has a history of lying):

The accusation that started all of this was the changes to Skype’s architecture. Gillett says that Skype made the changes “to provide the best possible product to our users.” He says that the company was already in the process of moving supernodes to the cloud long before they were acquired by Microsoft.

As for their cooperation with law enforcement, Gillett claims that their policy has not changed since 2005. They will accomodate law enforcement when it “follows appropriate procedures” and they “respond where legally required and technically feasible.”

The move to in-house hosting does not give Skype the ability to monitor or record your conversations. The in-house servers were only added help establish calls. The data that’s transferred during calls (audio and video) are only passed between the two Skype clients and never through their servers.

There are 3 admissions there. The first is that more inter-communication is being moved to Microsoft servers, just after Microsoft took over (it doesn’t matter when it was first planned). Microsoft also admits that it is giving authorities access to Skype communications. Thirdly, here is the key part:

The company addressed the claims from the Washington Post that said Skype was actively monitoring instant messages on Skype. Gillett does say that messages are stored on their servers temporarily if the message can’t get through to another user. The key word is temporarily as they are never hosted on their servers for that long. They will of course respond to legitimate law enforcement requests whenever possible in regards to instant messages.

They basically confirm that the reports are true and in all three cases (3 confirmations of speculations) they add some excuse to distract from the admission. Here is the post from Microsoft for those who want to swallow all the spin. Tim, my co-host, writes that:

If we also look towards the allegation of snooping – which has hit the mainstream press, we have to consider that if it is true, then its hardly a secret and people are going into Skype with full knowledge of the allegations towards it. If they choose to accept that caveat in return for speaking with their contacts, then fine, there is no issue – as long as they are aware of the implications of using.

For those who at least wish to know the facts about Skype privacy, all of this is relevant.

VoIP is gaining traction and since code is law, as Larry Lessig put it, we must ensure that some privacy in phone conversation is preserved. Cellular networks already compromised some of this privacy.

When it comes to E-mail, the NSA is getting copies of everything and encryption of E-mail is the exception rather than the norm. Using Hotmail Microsoft has been spying on people for advertisers, profiling users and non-users (who write to Hotmail users) by their identities. Hotmail is being killed now (as a brand) to further promote Skype surveillance:

Microsoft is overhauling its free webmail service, dropping the Hotmail brand it has used since acquiring the product in 1998, and adopting the name Outlook.com.

The revamped service will help sort messages as they arrive and allow users to make internet calls on Skype.

So as we noted before, Microsoft is to store copies of people’s written communications and also phonecalls. Do you trust Microsoft? █

Permalink  Send this to a friend