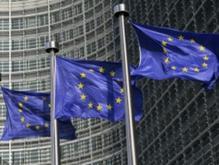 Microsoft is starting to roll out a preview of a redesigned version of its Skype application for Windows and Mac desktop users.

The Skype Desktop preview app does not yet support translator calls, and allow users to send video messages or put calls on hold/merge incoming calls with existing calls. The Frequently Asked Questions page indicates these features will be coming.

Microsoft officials said earlier this year the company planned to bring the updated Skype consumer client to iOS, Windows, Mac, Linux, the web, and Xbox over time. Skype representatives have declined to say when Microsoft will no longer allow Windows 10 users to run the Desktop version of Skype on their devices, but that is believed to be the plan.

​EU to Skype, WhatsApp: You’ll have to support emergency calls under new rules

Europe hopes a new set of telecoms rules, which now cover online services such as WhatsApp, will boost investments in high-speed broadband.