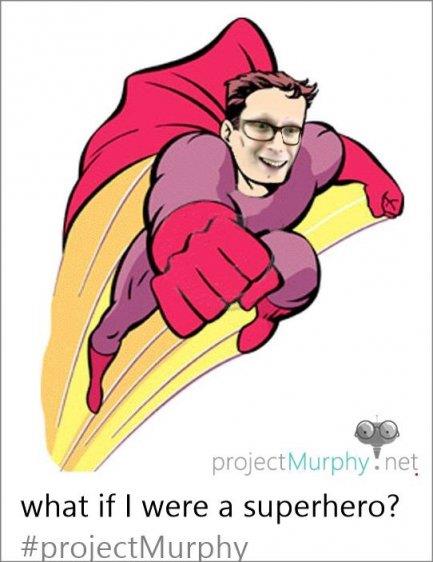 Project Murphy is billed as “the robot with imagination.” With a keyboard or your microphone, you can ask it to imagine the combination of two things, and it’ll do its best to answer in the form of a robotically-made composite image, sourced from Bing Image Search.

You can get to Project Murphy via a Skype messaging bot, on Windows, iPhone, and Android. Just click here to add him to your Skype buddy list, and send him a message.

Best of all, Project Murphy works on real people, with your phone or PC’s camera.

Here’s its response to “What if I were a superhero,” starring me:

In an attempt to stump Project Murphy, I also asked “What if I were Martina Stoessel,” Disney Channel international star: 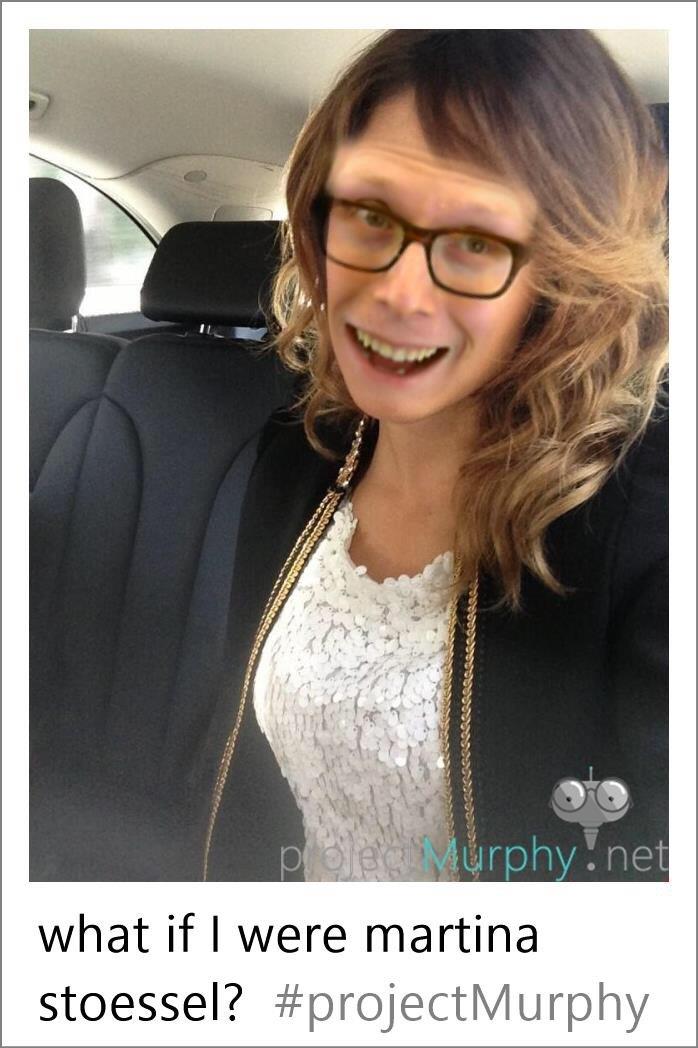 It quickly becomes addictive, trying to find new and ever-funnier monstrosities to have Project Murphy create for you. Here’s “What if Donald Trump were Hillary Clinton?” And, uh, apologies in advance: 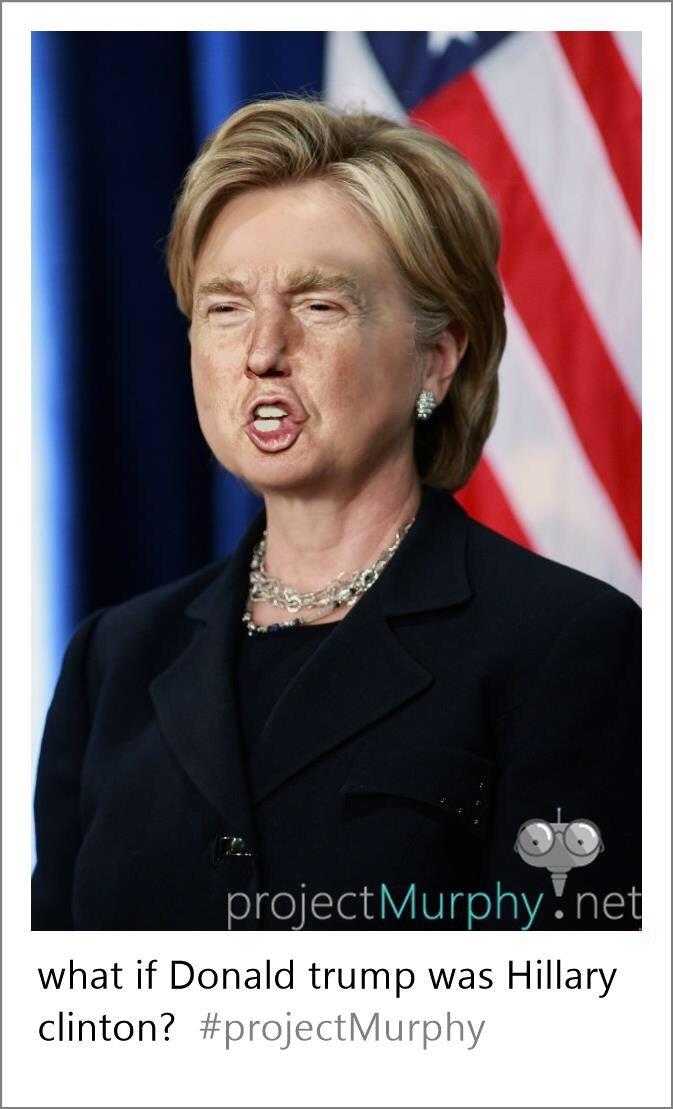 Or “What if Bill Gates were Steve Jobs?” 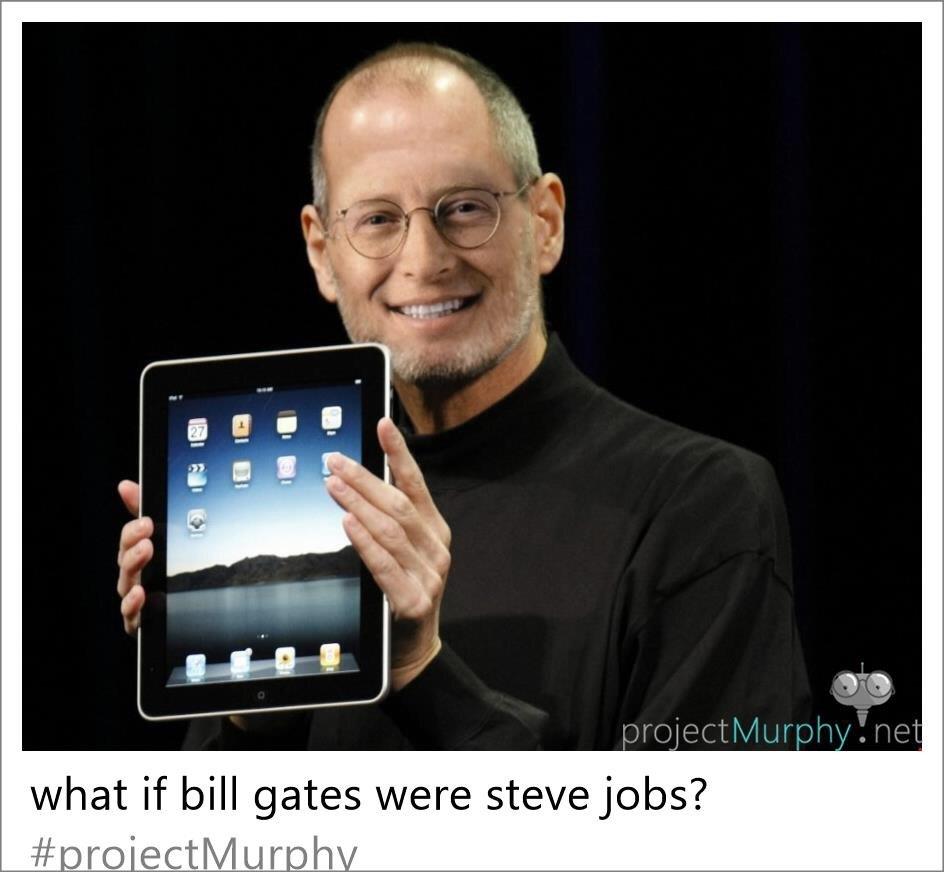 It can even go a little esoteric with stuff like “What if Donald Trump were on Mount Rushmore?” 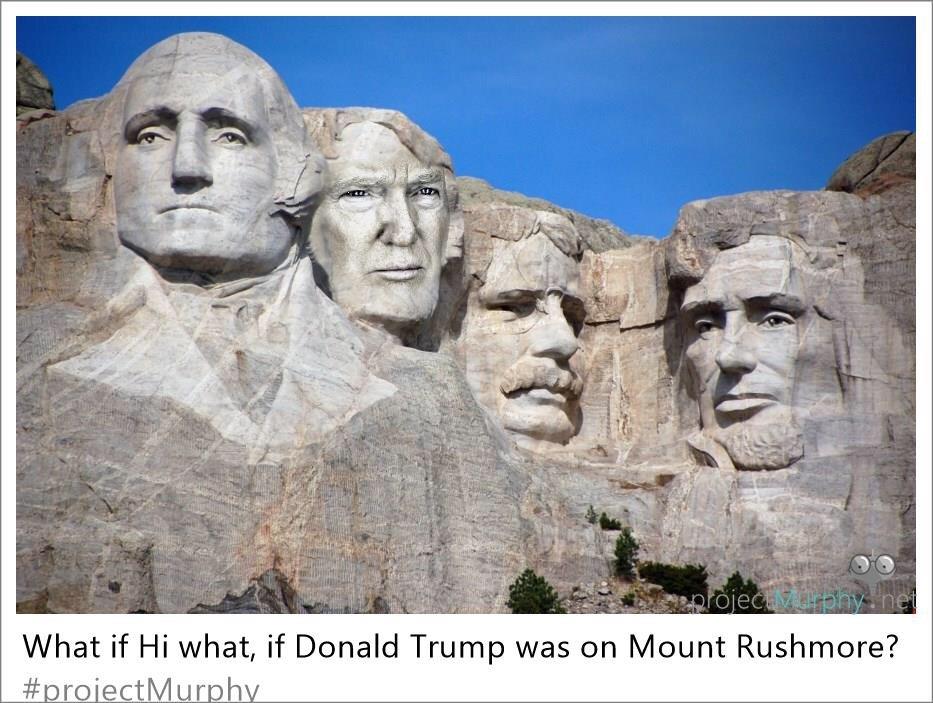 Behind the scenes, Microsoft is using its cognitive services for image recognition and language comprehension to provide ever-smarter responses. It’s actually a Skype bot under the hood.

In a kind of cool but kind of creepy move, Project Murphy actually uses the look on your face when you see the result to judge if it did a good job or not so it can improve. The mood of the little robot depends on your reaction.

This is from the same team that did last year’s viral sensation How-Old.net, who were tasked by Satya Nadella himself with making something even cooler for the 2016 conference. Judging from how much fun I had in just twenty minutes of tooling around with Project Murphy, it looks like they’ve succeeded.

SEE ALSO: Microsoft has a website that guesses your age — it’s a lot of fun to play around with

NOW WATCH: An artist created a projector that can completely transform people’s faces