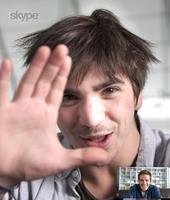 A week after fixing the ‘ring after pickup’ bug for Skype on Windows desktop , Microsoft officials said they’ve also addressed the problem in the Windows Store/Metro-Style version of the Skype app for Windows 8.1.

The issue doesn’t seem to be entirely fixed, according to a March 10 post on the Skype “Garage & Updates” blog. But it’s better than it was, officials said, with the annoying ring stopping “much faster” with “Skype for Modern Windows 2.6.”

Here’s how Microsoft execs are describing what they’ve accomplished:

“Got that ring? When you pick up a call on any device and your modern (Metro-Style) Skype is on, the incoming ring will stop much faster. Whether you have Skype on a mobile, in your Outlook.com inbox, desktop, tablet or 2-in-1, Skype calls will sync up wherever you choose to take the call from.”

Microsoft officials said they fixed the ring-after-pickup issue on Skype on Windows desktop last week. The fix arrived alongside a plug-in that allows Skype users to integrate Skype from inside Outlook.com .

The updated version of Skype for Windows 8.1 is available for download from the Windows Store for ARM- and Intel-based devices.