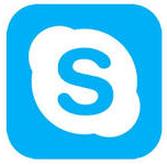 As part of the release of the November update for Windows 10 today, Microsoft also is making available a consumer preview of the integrated Skype video calling and messaging apps available, too.

“In this (Skype integrated into Windows 10) preview we’ve built selected Skype video calling and messaging features, like 1:1 messaging, calling and emoticons, into native Windows 10 apps to make communicating from your desktop quick and easy,” noted company officials in a November 12 blog post.

Earlier this year, Microsoft dropped support for its “Modern” version of Skype for Windows 8 (while keeping it alive only for Windows RT) users. At that time, Microsoft officials said they planned to bundle Skype Messaging, Calling and Video apps functionality with the operating system. Microsoft officials said users would be able to turn off the bundled Skype functionality by logging out of the Skype video app.