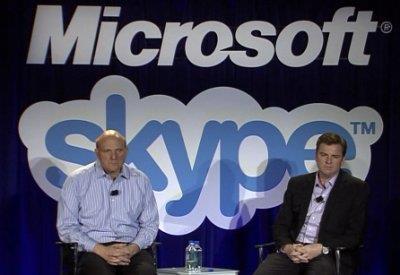 Microsoft bought Skype to make a big move into the IP communications space, as well as for its huge audience and its peer-to-peer video chat, says a source who was involved in the deal.

But the deal does not signal a major shift in Microsoft’s M&A strategy — it’s not about to run out and spend billions on a bunch of pre-IPO Internet companies, for instance.

The $8.5 billion acquisition — Microsoft’s largest ever — was out of character for the company, which has made almost no acquisitions since 2008, and which hasn’t done a big acquisition since the 2007 purchase of online ad company aQuantive for $6 billion.

Plus, Microsoft has been in the real-time communication space forever — it introduced Live Communications Server (now Lync) for enterprises back in 2003. It’s also had live voice and video chat in Xbox Live and various consumer IM products (MSN Messenger, Windows Live Messenger, Windows Messenger) for years.

But our source, who declined to be named, says that Microsoft wasn’t really in the communications market the way Skype was — in particular, it didn’t have an easy way to connect callers to the traditional phone system like Skype does.

(Lync required extra “SIP trunking” gear, and Xbox Live doesn’t do it at all. Windows Live Messenger used to have a service called Windows Live Call that worked with third-party telcos, but it was scrapped in 2010.)

This source also gave several other reasons why Microsoft was so interested in Skype:

Mobile is important, but this person said Microsoft is NOT going to make Skype a Windows Phone exclusive, or try and cut the carriers out with a direct VoIP play.

In other words, look at how Skype works on mobile platforms today — that’s pretty much how things will stay for the foreseeable future, with Windows Phone/Nokia added to the mix.

Skype doesn’t signal a big change in Microsoft’s M&A strategy either. The company will continue to focus on the small acquisitions that it has in the past — it really likes to find smaller bits of technology to “tuck in” to existing products.

But as the Skype deal shows, it’s not afraid of bigger buys where they seem to make sense.

Now check out: Microsoft’s 15 Biggest Acquisitions (Before Skype) And What Happened To Them