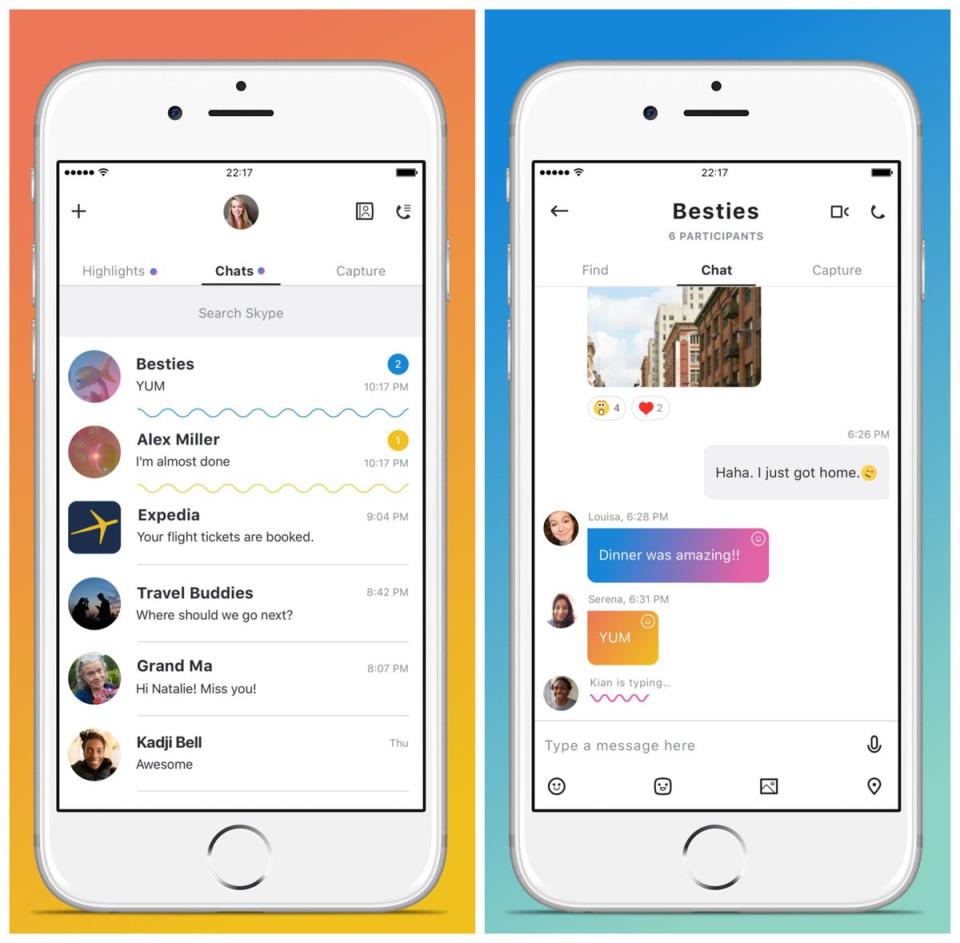 Skype might be the last messaging app you’d expect to get the Snapchat treatment, but that’s exactly what’s happening because it’s 2017 — and there can never be enough ways to share selfies.

Microsoft just unveiled a redesigned version of Skype that adds a suite of new features ripped straight from Snapchat and Facebook’s playbook.

For one, the messaging app has seriously upped its photo-sharing game. Every chat you have in the app now has a dedicated “capture” tab where you can exchange photos or snap new ones — complete, of course, with the requisite doodles and stickers — while you’re texting or video chatting.

And if you want to share images outside of a one-on-one or group conversation, a new “highlights” feature lets you blast photos of your choosing to all your contacts, just like your Story on Snapchat or Instagram (or Facebook, or WhatsApp, or Facebook Messenger). 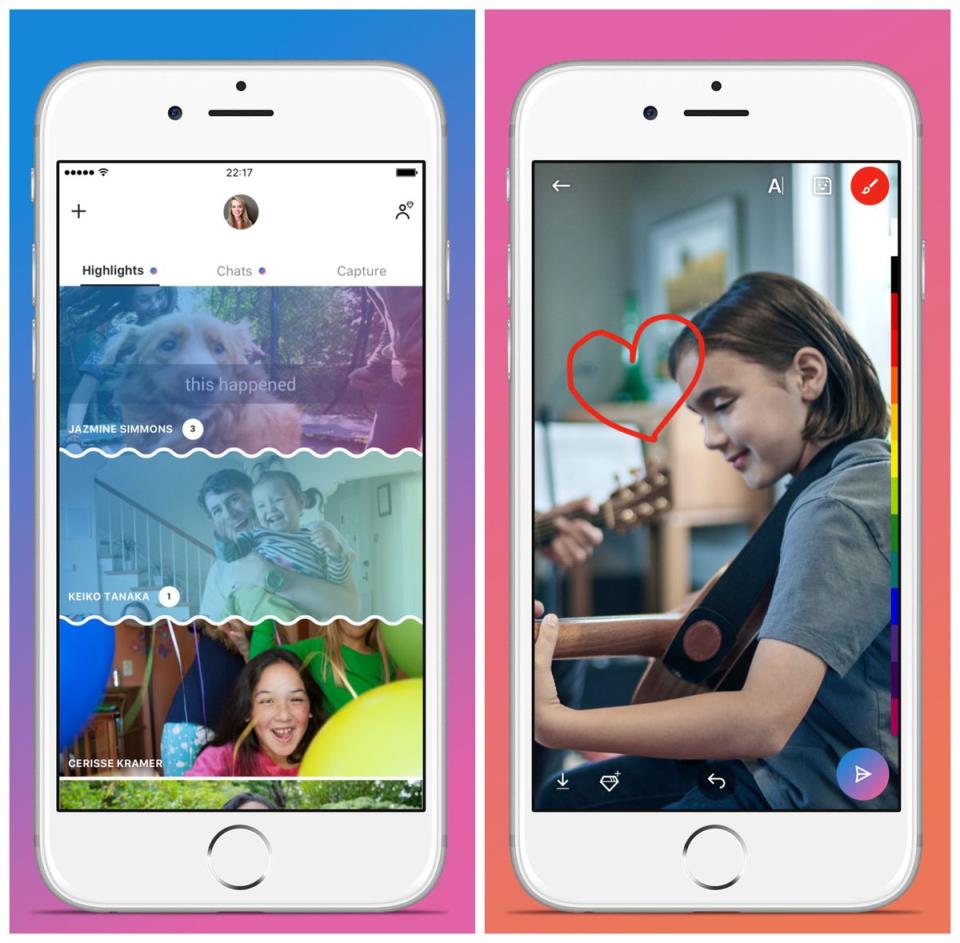 Speaking of contacts, the new Skype is also making it easier to find people you already know but may not be connected with, with a new search feature that makes it painless to find your existing contacts on the platform.

Skype, of course, has always been a messaging app, but the latest version of the service makes the whole experience feel a lot more social. There are emoji reactions (a la Facebook) and new add-ins and bots — both of which allow you to bring third-party apps and services into your chats.

Microsoft says these these features are just the beginning. Also in the works: turn-based games in chats (ahem, Facebook), new tie-ins with Cortana and other “intelligent” features that leverage Skype’s new in-app camera.

The new Skype is rolling out now on Android and will be out soon for iOS and desktop.