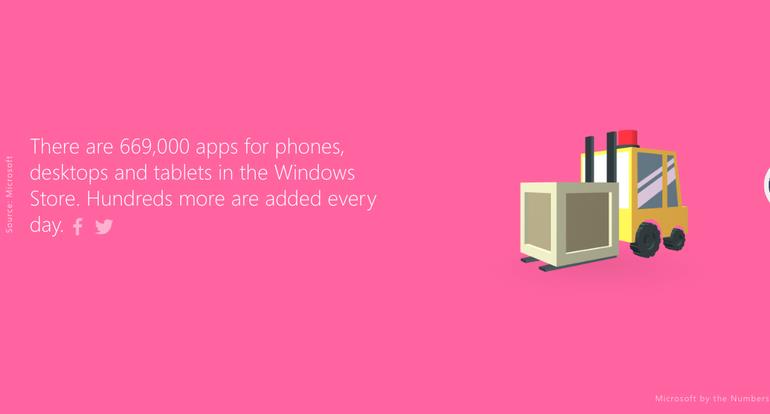 Microsoft has updated its ‘by the Numbers’ website, offering a snapshot of the company’s progress on products, corporate responsibility, and employee diets. But while it has made gains in some areas, in some others it hasn’t moved much.

Microsoft CEO Nadella: Windows 10 is an IoT play too

Windows 10 is a key part of Microsoft’s plan to be more of an Internet of things player. The catch is that few people see Microsoft putting the pieces together.

Outlook now has more than 400 million active users worldwide — but again that number doesn’t appear to have increased since November last year.

On the corporate social responsibility front, Microsoft said it donates $2.6m in software each day to 86,000 non-profits worldwide, while staff have donated more than $1 billion to over 31,000 charities.

Finally, the ‘by the Number’ site has informed the world that Microsoft’s Redmond employees love French fries and eat just under one million orders from its campus cafeterias each year.