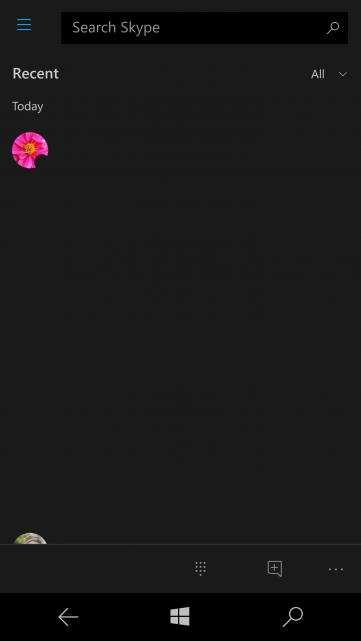 You may have seen some AdDuplex stats about Windows 10 Mobile growth and Windows Phone lately. It turns out, Windows 10 Mobile is being used by only about 16% of Windows Phone & Windows Mobile users. The whole Windows on phones market is pretty small to begin with these days, but if 84% of your customers are either choosing to stick with the older operating systems or are stuck there with no migration path, then it’s safe to say something went wrong. I used the word “migration” there instead of “upgrade”, because Windows 10 Mobile isn’t really an upgrade from Windows Phone 8.1. I’ve been a fan of Windows Mobile, Pocket PC, Windows CE, etc. since about 1998, and I was okay with the reboot of the operating system with Windows Phone 7 because they were going in a great new beautiful design direction and things were moving quickly. Windows Phone 7’s gorgeous new “Metro” design language was part of the reason Windows Phone actually stayed around for so long. Windows Phone 7.5 improved upon everything with tons of unique features that made so many things so much easier than they were on other platforms of the time. Bing vision for instant QR code and barcode scanning. Touch-to-capture was the easiest and fastest way to take pictures ever. Windows Phone 8 and 8.1 along with Nokia brought many more awesome innovations like the glance screen, augmented reality, free offline music downloads, 3rd party app speech interface integration, 41 megapixel RAW imaging, etc. The past had some really exciting stuff coming out of Windows Phone.

84% of Microsoft’s phone users are holding tightly to that beautiful old smartphone OS that doesn’t have as many apps as android or iOS. It still works, of course… with far fewer UX frustrations than Android and far fewer budget frustrations than iOS.

Skype is expected to stop working in March which is another reason to stop using proprietary messaging apps completely. If you’ve moved to Windows 10 Mobile, the Skype app on that platform will still work, but it doesn’t work very well at all. Skype Preview on Windows 10 is very unreliable. The Music app on Windows Phone 8.1 has become unreliable in its cloud interface as well since occasionally the server just doesn’t respond anymore. Apps that do exist often get updated with broken features, like the MSN weather app that no longer supports glance mode. The worst of it is if you have to do a hard reset, there have been reports of not being able to sign in with your Microsoft Account to sync data or download apps.

Listening to Android developers was a mistake

Microsoft used to have many mobile operating systems

UWP is still a good idea

I think Microsoft needs to go back to solving real problems with their mobile platform, like fully integrating with Office 365 and their server platforms that many businesses run on.