So you are using Lync and sending IM’s at light-speed but you still want perfect spelling? With built-in Lync functionality on Windows XP/7 there is no spell checker. But using  PhraseExpress (free for personal use) you can get not only spell checking but also phrase replacement.

It just takes a minute to download and install. You can do the Next, Next, Next routine to install. After PhraseExpress is running (as a Tray app) you are ready to roll. How to test? Type in a misspelling like “theri” and as soon as you hit space after the misspelling it will correct it. Yeah, maybe not as cool as built in spell checking—but it should hold us over till Windows8.

PhraseExpress has another handy feature: It can replace abbreviations with the full word. Type in “aka” and watch is suggestion “also known as”. 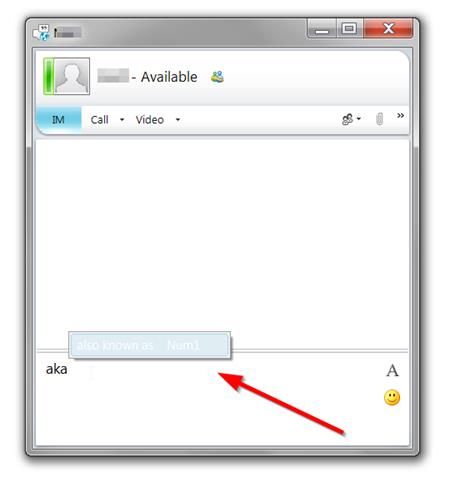 Its beyond the scope of this article for a how to install but here are some links to get you started: Pidgin IM client and Lync/OCS Plugin:http://pidgin.im/http://sipe.sourceforge.net/screens/http://developer.pidgin.im/wiki/ThirdPartyPlugins 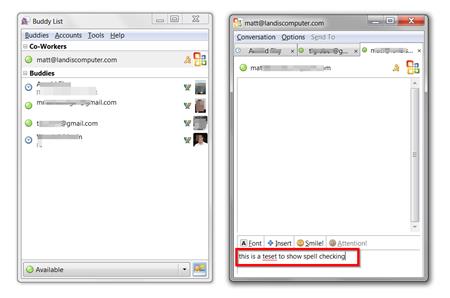 And just a final note to wet your appetite for Windows 8: It looks like Lync 2010 running on Windows 8 (beta) DOES have spell checking built in! If you want to see more how Lync looks on Windows8, please see this article at LyncdUp Blog. Obviously no promises here, but there just might be some spell checker goodness in Lync and Windows8. 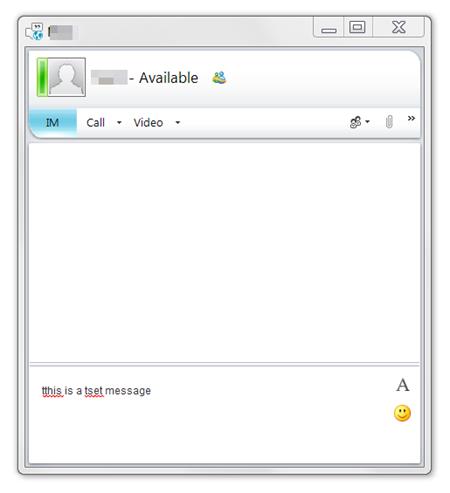 : I’m happy to report that Lync for Mac 2011 does have a spell checker built in. Appears spell check is in the future.

To see more of the “Lync 30 Second Tip of the Day” Series:http://windowspbx.blogspot.com/search/label/LyncUserTip

To get the Tips as they arrive follow:http://twitter.com/#!/matthewlandis