In March 2011 my husband and I found out he would be going on his third tour of duty with the Alaskan National Guard to Afghanistan for 12 months. We had a one year old daughter named Karmyn at the time. In November 2011 he left for training in Indiana and he was able to come back for ten days over Christmas and New Years. At the end of January 2012 I found out I was pregnant with our son Marc. I was scared to tell my husband, Nick, as I knew he would be worried because he could not be with me. I sent him a message asking him to call me when he could. When he called I asked if he was in an area he could talk, he told me to hold on a minute. He said “Whats up babe?” I told him “I am pregnant” and there was silence.I asked him if he was OK and he said “GREAT!” He was so happy! Our baby was due the end of September 2012, with my husband being deployed until the beginning of December 2012.

As the pregnancy went on I became more and more sick with blood pressure issues and horrible water retention. I tried to keep the worst from my hubby (he had enough to deal with overseas) and I did not want to talk about negative things in our 10-20 minute conversations we got to have once a week. Sometimes he did not call for weeks at a time. He tried to time his two week leave of absence (where he could come home) for when our baby was born, so he could be there. However when I was 37 weeks I was quite ill and was induced. I remember being upset that I could not wait until Nick was home.

The morning of September 5 2012 I was able to Skype with my husband and tell him I was going to be induced to have our baby that day. He went on a mission to be able to Skype with me as much as possible. I arrived at the hospital at noon to be told that they could not do anything until 2PM because they were too busy. I went out to lunch with my mom and sister (my support people) and I also bought a new washer and dryer set (ours had quit a week previously). When I arrived at the hospital at 2PM I was already 1cm dilated and the Dr broke my water to try and get labor to start. 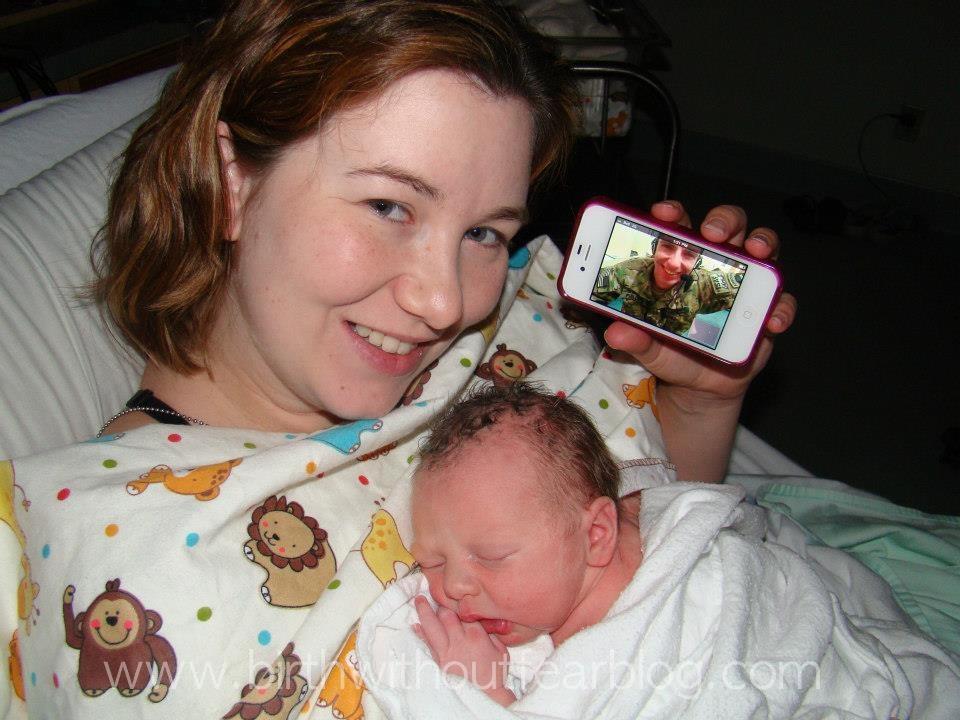 Nick was on a night shift patrol during this time and we were unable to talk much. I tried to keep him updated as much as I could through Facebook chat since he could access a computer easier than a phone (and I could not call him). Throughout the night the contractions got stronger but I was not in much pain. At 8:45AM on September 6th my husband was able to get onto Skype to see me. How amazing it was to see his face! I got my first strong contraction around 910AM, the nurse checked me and I was 7cm dilated.  I asked the nurse for something for pain, she went to get it and my next contraction my body started pushing. I remember the nurse rushing back in the room confused as I was JUST 7cm. She checked me again and she felt the baby’s head. She called the doctor! I started pushing and three contractions later my son was born at 9:26AM- all with my husband on Skype! He was able to stay with me for almost an hour after Marc was born. Three weeks later he held his baby boy for the first time in the Calgary International Airport ? 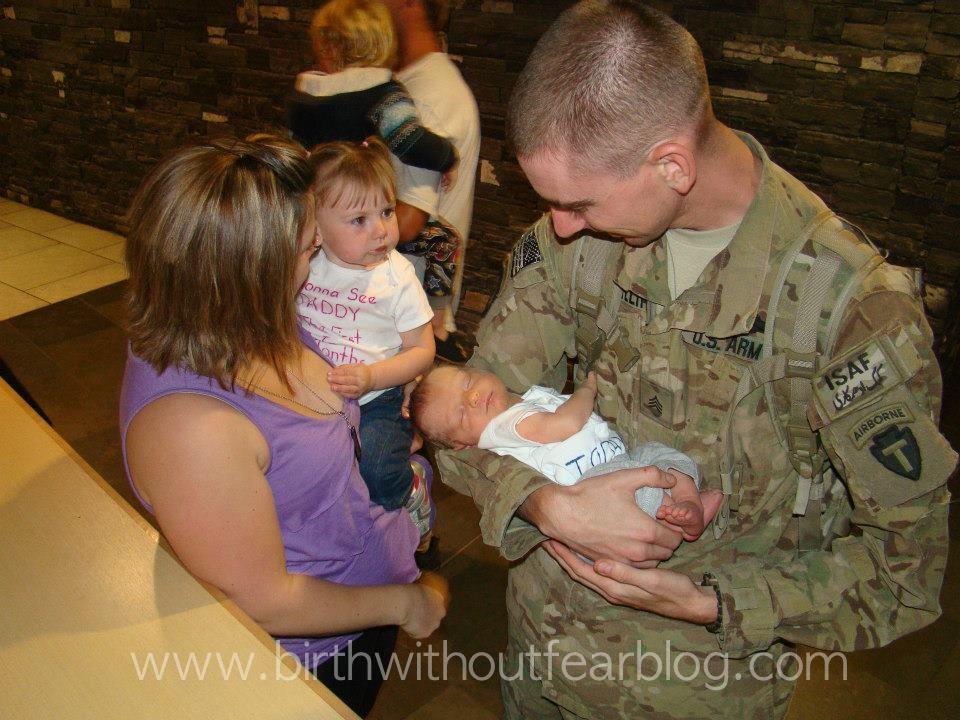 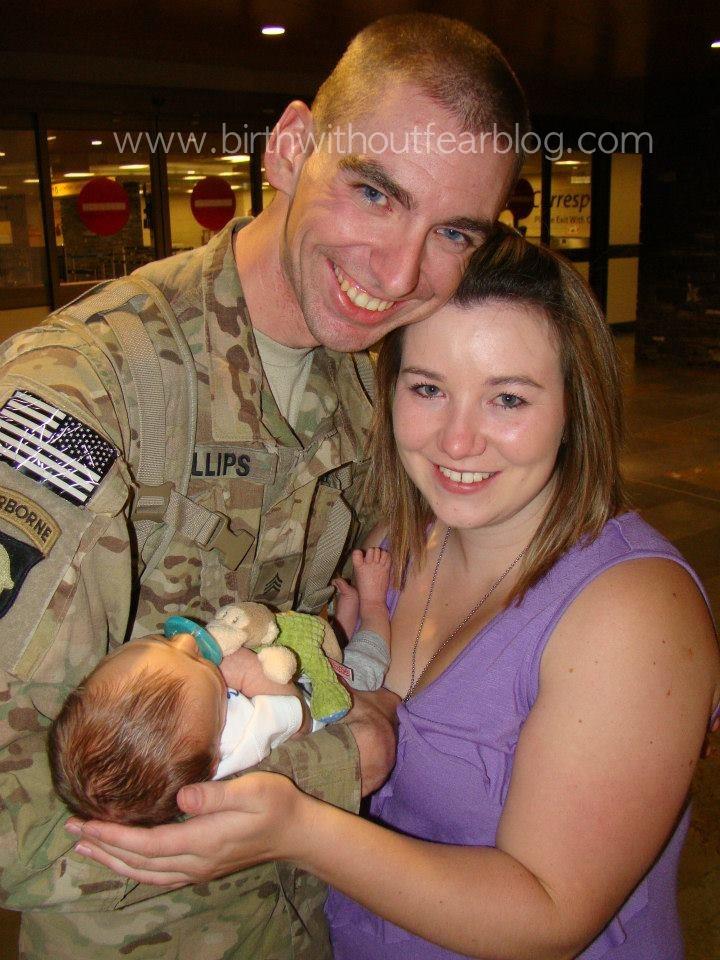 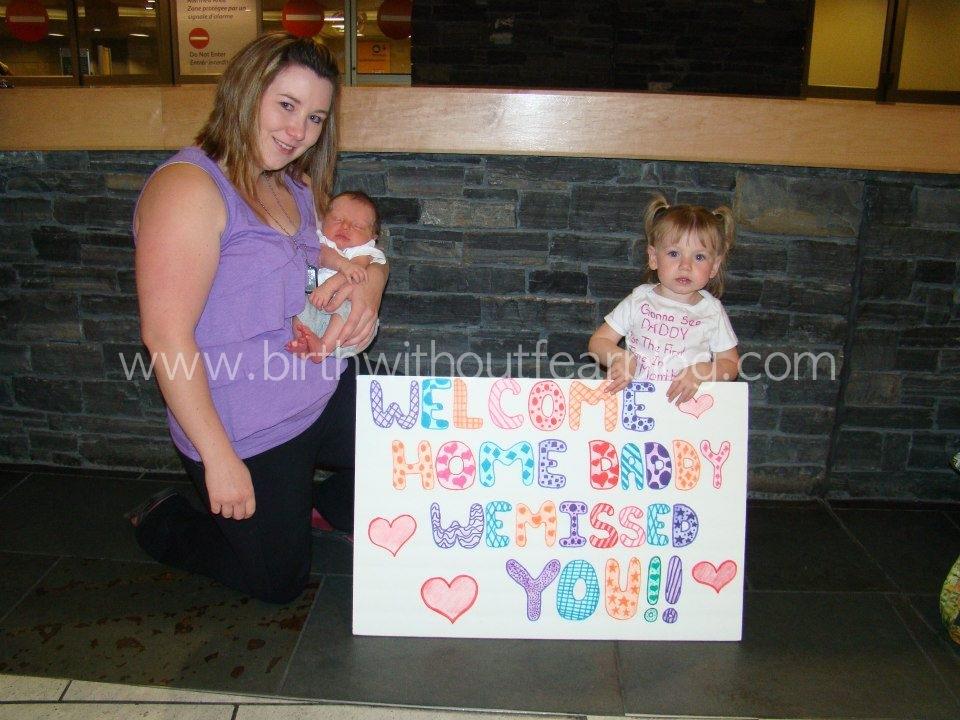