There are a number of countries which look to restrict the ability of their citizens to communicate, and censor the Internet. Is Skype blocked in your country? You must live in, or be vacationing in, any one of these countries which have blocked Skype in the past, or who are blocking Skype right now:

All of these countries have blocked Skype at one point in time, or are doing so right now. Some have it across the whole country, some will have certain providers who are guilty of Skype being blocked due to the close ties to the telephone companies. And countries are just the start! Your work place, or school, can also block Skype access.

Skype Blocked: How it’s Done, and How to Get Around Skype Blocking

There are three basic ways that Skype is blocked. We’ll look at each one so that you have a clearer understanding of what goes on behind the scenes, or behind the computer screens.

While Skype operates on an encrypted connection itself, the TCP connection is not – just the payload (the information you’re sending over Skype). The country, or ISP itself, can detect where the packets of information are going. When they know that a packet is going to Skype, they can now block Skype with this knowledge.

Awesome. Looks like Skype was blocked too. And my desk in a dead zone, I am unable to communicate w the outside world.

Skype blocked via pot based methods

This is exactly the same as the IP-based method above, but using the destination port instead of the destination IP address. To illustrate, if XMPP (a popular VoIP protocol language) uses port 5222, the country can block Skype by blocking all packets that connect to port 5222.

The exception here is if users and servers agree on using non-default ports. This rarely occurs as most Skype users do not know what ports are, let alone that they can be changed.

Skype blocked via handshake based methods

This one is more speculation than fact, but it is known that a number of encryption protocols start out as unencrypted. They become encrypted once the two sides involved in the packet transfer “shake hands.”

It is more likely that Skype blocking takes place via the two methods mentioned above.

so apparently skype is blocked in the country where i live in…..that explains why i cant connect to it anymore :/

Skype blocked: How to unblock it

Besides the method of changing ports, which may or may not work, VPNs are your best chance to get past all three possible Skype blocked methods. Why is that? Because a VPN will encrypt everything before any of the above three issues ever occur. 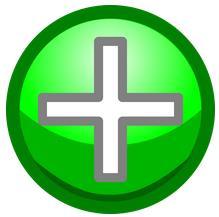 With a VPN provider, your country or ISP will not be able to:

This is because everything is all wrapped up within the secure TCP connection that your VPN provider includes as part of your package. You can think of this as getting past geo-blocking in reverse – in this case you’re breaking out of the draconian restrictions placed upon you by a government or ISP that is well behind the times, or much too hungry for the profits from the pre-Internet age.

We have a number of excellent VPN providers that are great at getting around geo-blocking issue. Check any one of them out to see for yourself that you can overcome the restriction of your country, and enjoy the true and free Internet.

A right. Skype is blocked in Egypt. Duh