One thing I’ve noticed during my daily job as a podcast producer and editor is Skype doesn’t like talk-over.

When using Skype to record your podcast, be it with co-hosts or interview guests, making sure everyone’s microphone is well positioned can be the difference between good and bad audio. 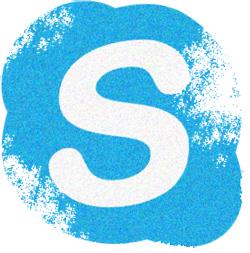 Skype hates talk-over and will often drop audio from one speaker when another is talking at the same time. This usually happens when the primary speaker is saying something REALLY important (Murphy’s Law).

This is a hard scenario to avoid when recording a podcast that is very dynamic (many guests, passionate topic, fast paced). One solution is to mention this issue to your guests before recording begins, making them conscious the potential issues caused by interruptions  You may prefer to simply deal with the consequences of talk-over in order not to affect the flow of your show. It’s a personal choice.

However, another problem exists which can be much easier to fix. If someone makes any sound into their microphone such as a heavy breath, sniffle or noise caused by handling the mic, Skype will pick that up and will cause drop-outs of the speaking persons audio. It’s the same as if someone had started talking into their mic while someone else is speaking. Noise is noise.

So how do you avoid this? If you are using something other than a headset microphone, simply move back from the mic when you’re not speaking.

Another technique, brought up by twitter friend and listener of The Podcasters’ Studio, John Wilkerson, is to work the mute button. This can be effective but you have to be mindful to unmute yourself and have quick reflexes so as not to interrupt the natural flow of conversation. There’s a mute button in your Skype controls and on some microphones and mixers. Practice makes perfect.

If you are using a headset mic, hopefully it has an adjustable boom arm that the mic is attached to. Position this arm either just above your nose or just below you chin. In most cases, this is the type of microphone that will give you the most issues due to it’s close proximity to your mouth and nose.

By moving the mic into a better position breathing sounds are less likely to be picked up by the microphone because the air coming from a person’s nose and/or mouth is not being pushed directly into the microphone. This technique also helps with plosives (the sounds made by your mouth when pronouncing the letters “p” and “b”).

hosts, is a noise gate. Gates are usually a feature of most compressors and require a mixer with “insert” channels.

If you have background noise in your recording environment, it will still be there any time you are speaking into the microphone and the gate is open or disengaged. How sensitive a noise gate is to sound is determined by a setting called “threshold” which you will set.

Gates can help reduce the perception of background noise by shutting off the signal coming from your microphone when not speaking. When you are talking, the level of your voice will most often cover some background noise. This is usually why people think noise gates eliminate background noise in a persons audio. They’re not that magical.

There are two ways to employ this piece of gear in order to have it eliminate unwanted noise from entering your mic while not speaking.

The first method would be to have everyone on Skype have their own noise gate. They would be able to control the settings for their own microphones thus preventing unwanted noise leaks into the audio they are sending to Skype. However, it’s unlikely that most Skype guests or co-hosts will have a setup this advanced.

The other method would be to get a multi-channel noise gate in your own setup. In my case I’m using a compressor/limiter/gate that has four individual channels, is very well priced and has worked really well over the last couple of years.

Having four different channels allows you to provide up to four different people (including yourself) their own gate functionality as well as compression and limiting if you want that. Having separate controls for each channel of Skype audio is useful because it allows you to customize each persons settings to achieve the best quality for their setup and voice.

If you had to, you could buy a two channel gate (I have not used this model but I’ve had great results with Alesis gear) and put yourself on one channel and all Skype callers on another. This would work just fine in most cases however at the price of the Behringer that I’m using, I’d be happier with the ability to handle each persons (up to four) audio in a custom fashion based on their voice.

Adding in a noise gate is of course the most advanced method for helping with this issue but the main idea here is that you understand and are aware of the issue. That can go a long way to preventing these problems and simply making an adjustment to your mic or the mic of your guest is likely the most practical and effective way to handle this for the majority of podcasters.