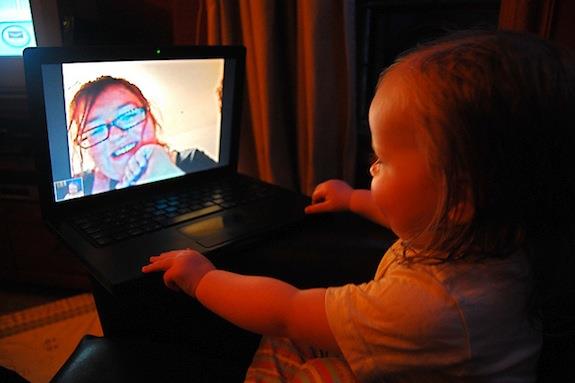 Have you ever wished you could send whoever you’re Skyping a secured, encoded message? Well, honestly, you may not have thought of the possibility. But researchers at the Institute of Telecommunications in Warsaw, Poland have figured out a way to let users hide information in packets, silently and wordlessly. Now that you know you can send a secret Skype message—don’t you want to? New Scientist reports:

Mazurczyk and his colleagues Maciej Karaś and Krzysztof Szczypiorski analysed Skype data traffic during calls and discovered an opportunity in the way Skype “transmits” silence. Rather than send no data between spoken words, Skype sends 70-bit-long data packets instead of the 130-bit ones that carry speech.

The team hijacks these silence packets, injecting encrypted message data into some of them. The Skype receiver simply ignores the secret-message data, but it can nevertheless be decoded at the other end, the team has found. “The secret data is indistinguishable from silence-period traffic, so detection of SkypeHide is very difficult,” says Mazurczyk. They found they could transmit secret text, audio or video during Skype calls at a rate of almost 1 kilobit per second alongside phone calls.

The encoding can help those who don’t want the internet or the police to read what they’re saying. The Washington Post covered the insecurities of Skype:

Skype, the online phone service long favored by political dissidents, criminals and others eager to communicate beyond the reach of governments, has expanded its cooperation with law enforcement authorities to make online chats and other user information available to police, said industry and government officials familiar with the changes.

Surveillance of the audio and video feeds remains impractical — even when courts issue warrants, say industry officials with direct knowledge of the matter. But that barrier could eventually vanish as Skype becomes one of the world’s most popular forms of telecommunication.

The paper says that Skype is an ideal candidate for secret messages:

Thus, because of its popularity and traffic volume, Skype traffic is an ideal candidate for  a  secret data carrier.  It should also be emphasized that the purpose of establishing any information hiding exchange varies – possible uses can fall into the category of legal actions (e.g., circumvention of web censorship and surveillance, computer forensics or copyright protection) or illicit  activity (e.g., criminal communication, confidential data exfiltration or industrial espionage). This trade-off is typical in steganography and requires consideration in a broader steganography context, which is beyond the scope of this paper.

So go forth and message, stealthily.