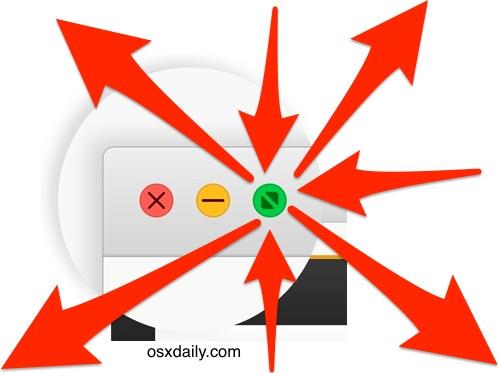 Now that the Mac windows green maximize button defaults to sending apps and windows into Full Screen Mode, a notably sized cohort of OS X users who perhaps didn’t know this behavior changed until accidentally finding out, are left confused with the following question; “how do I get out of full screen mode in OS X?” or even “how do I get into full screen mode on the Mac?”

The good news is that both entering and exiting out of Full Screen Mode in any Mac app in OS X El Capitan or Yosemite is really easy, and if you do find yourself in this situation don’t feel dumb, because some very techy folks have stumbled into the same situation.

It turns out that you can enter or either exit Full Screened mode with a click of that same green button, or by using a keystroke. We’ll show you both.

The green maximize button in the upper left corner of a Mac window will enter that window or application into full screen mode. If you click on that button, you’ll see a transition animation and be in full screen mode, and the window titlebar disappears.

Now that you’re in full screen mode, this is where some confusion remains; some users aren’t aware they got into full screen mode this way, and the next obvious question is, how do you get out of full screen mode? No sweat, it’s just as easy as you’ll see next.

If you’re not particularly pleased with the way the Mac green maximize button behaves now, you can actually change it back to a true maximize and minimize button again by using BetterTouchTool to modify the green button as discussed here. Otherwise, if you remember to Option+Click the maximize button, you’ll also avoid getting sent into full screen mode.

For users who like keyboard shortcuts, there’s an easy solution to exiting (and entering) full screen mode that uses a fairly easy to remember keystroke:

It’s somewhat interesting that Command+Control+F was adopted as the keystroke to enter and exit full screen mode, because that’s what was commonly recommended by users who made their own enter/exit keyboard shortcuts when the full screen functionality first appeared in OS X some multitude of releases ago. 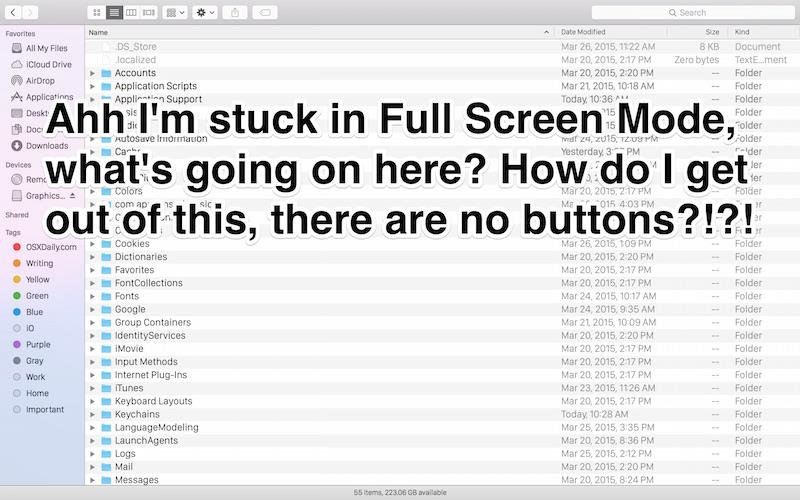 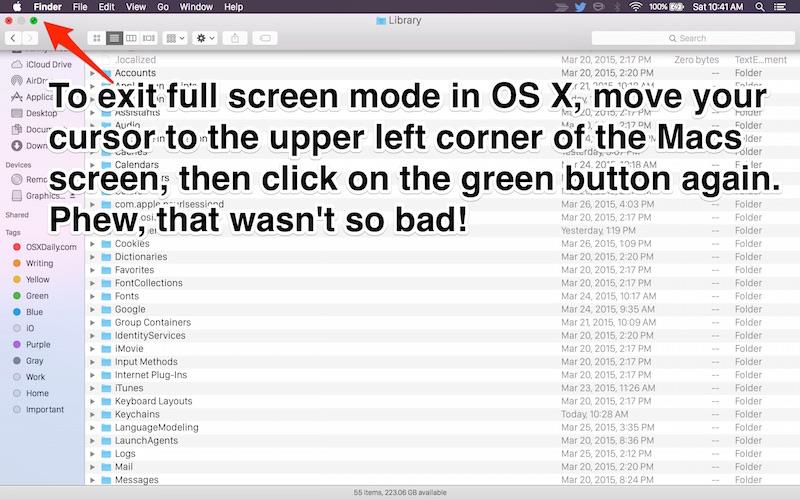 So, if you find yourself stuck in full screen mode in OS X Yosemite, now you know at least two ways out.

Perhaps a future version of Mac OS X will allow users to manually adjust the green maximize button behavior without having to rely on Option+clicking or third party utilities, but for now, send that cursor up or learn the exiting keystroke.