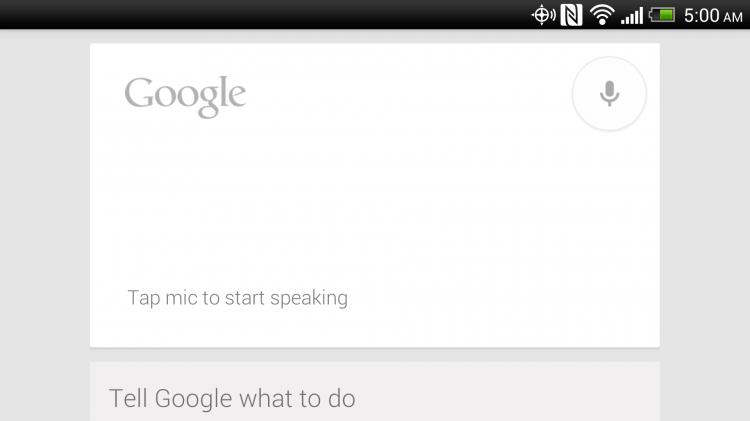 This post comes courtesy of several questions about Android’s speech to text function. I discussed the feature several times, and it’s one of my favorite Android “add-ons.” Android’s speech to text is so useful that I use it for just about every aspect of my daily life. Some folks expressed frustration with the service, saying that they’re having problems getting accuracy. So, I decided to create a list of “dos and don’ts” for voice.

Do speak clearly and enunciate

Part of achieving good performance for any speech recognition program is enunciation. And even though Android’s speech to text utility is top notch, it’s still a computer, subject to computer fallibility. If you speech too fast or use garbled pronunciations, the service will fail.

Speaking clearly and enunciating your words will help.

Don’t forget to personalize your “Voice” 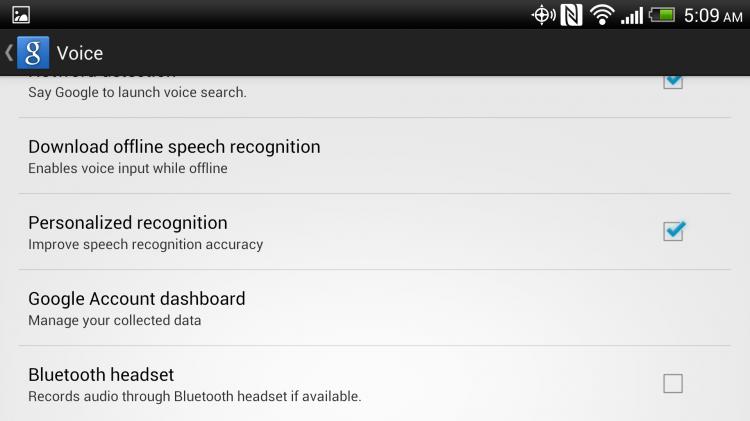 Also, I know a lot of people get frustrated by Google’s inconsiderate ability to type what you actually mean — i.e. “,” instead of “comma”. If you’re frustrated, don’t forget that you can correct the misplaced word or punctuation by selecting the offending portion and changing the context. 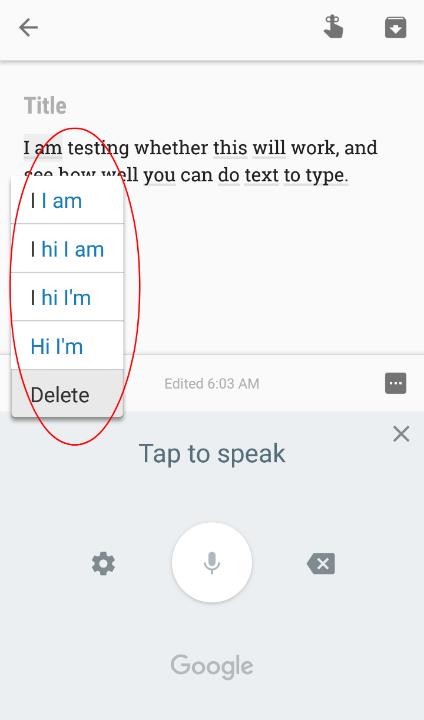 Google will learn your nuances and start frustrating you more by using your correction. Sometimes, this gets frustrating, too.

Also, don’t forget that your can fix some spelling errors in your dictionary. Follow these steps to personalize your Android dictionary.

In general, Google is about 95% effective for me.

Do remember to “Tell Google what to do”

I’m not quite sure where I’d be without voice commands,  since they’re kind of the crux of Google Now. 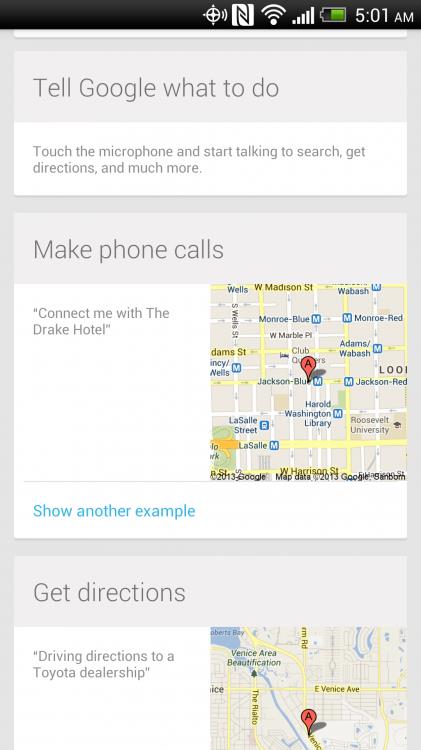 The convenient “Tell Google what to do” list is a recent addition to the search screen, but it’s a scrollable list with a number of suggestions and examples for using voice commands.

Obviously, Google’s tracking the ways you use the app, but being able to set a reminder to “Play Tooth Fairy at 9:30,” so I don’t disappoint The Droid Tot # 1 is priceless.

One of my favorite commands is, “Ok Google send a text message to my wife.” Google will assist in the process without ever making me touch the screen.

Here’s an “oldie but goodie” video showing how Google Now compares to Siri:

And you can be assured that the places where Google falls short won’t be for long.

Mrs. The Droid Lawyer didn’t use voice commands or speech to text because she didn’t want me gloating over how awesome they were. Typical. Of course, once she made speech to text a semi-habit, she fell in love.

Regular use of the program will help improve accuracy and your own capabilities. This is especially true when you’re trying to get Google to recognize your word and speech patterns. I have much better success using the tool on a regular basis, than when I go days without dictating something.

Google Keyboard is my preferred keyboard tool, but decide which one works best for you. 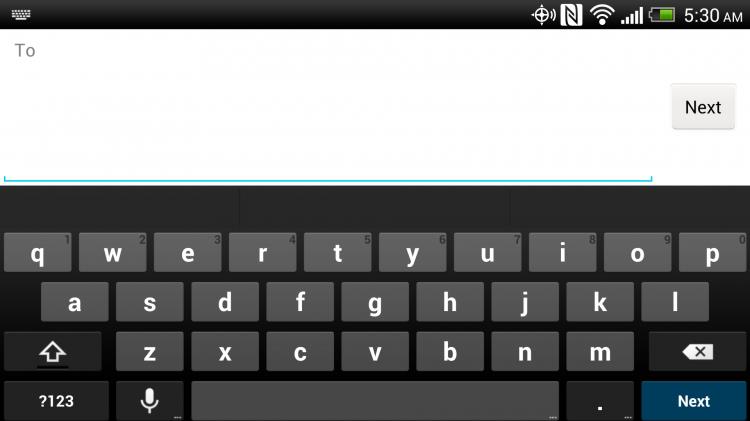 The microphone will open the speech to text engine, and allow you to speak your message. I use this for quick replies to text messages, composing email messages, or even as a quasi-Dragon replacement. 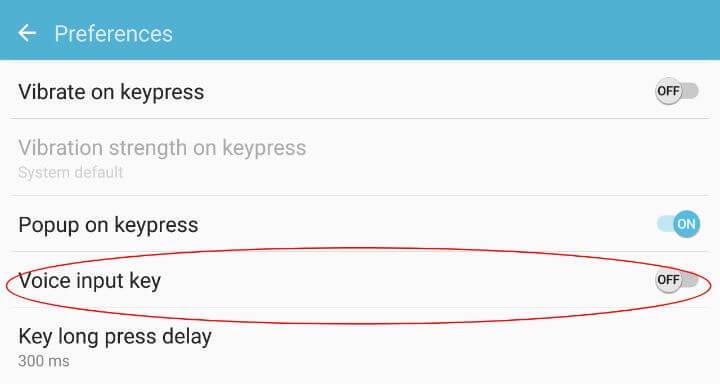 Voila, the microphone is back.

Do forget you look like an idiot talking to yourself

Nobody wants to be the annoying guy shouting on a cell phone, but if you do speech right, nobody will even notice. Just in case, you should set any fears aside.

Do use voice commands often and wisely

In sum, once you’re more familiar with Android’s speech to text capabilities, you’ll quickly fall in love. Google Now tremendously improves the Android experience, giving you the ability to control aspects of your mobile device with your voice.

Do remember where you are

One of the biggest problems I have with voice-t0-text is remembering my speaking location. Similar to the “speak clearly” recommendation above, I have to be conscious of where I’m trying to use the speech engine. For instance, I’ve learned that voice-to-text doesn’t work well while I’m driving in my car with the windows open. My location is vitally important.