If your computer has more than one output device, and it appears to be playing through the wrong one, you’ll need to tell Windows which device to use.

Right-click the speaker icon in the Taskbar notification area: 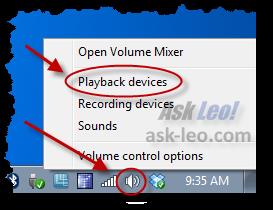 In the menu that pops up, click Playback devices. 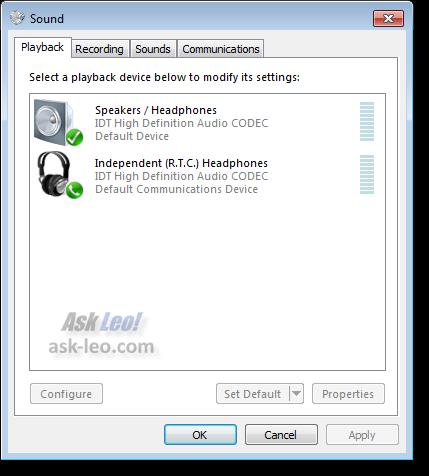 This dialog lists the devices through which Windows can currently play sound.

There are two interesting “defaults” to be aware of in that list:

My experience is that when you have multiple audio devices present, and you’re not hearing sound out of the device that you expect, a setting here needs to change.

Right-click the device that you want to play sound through. 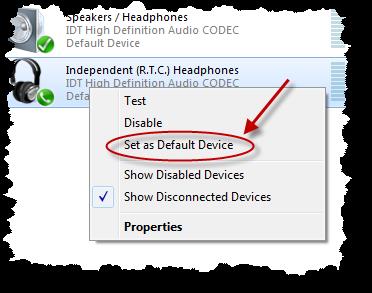 Click Set as Default Device and Windows will now use that device to play sound by default.

When you remove a device

USB sound devices like headphones are very easy to remove. There’s no need for a “safely remove,” you simply unplug the device.

When you reconnect your headphones (as you’ve seen), Windows may not automatically assign it as the default device. That may or may not be what you want. (The first time, it apparently assumes that it is what you want as Windows installs the drivers for what is at that point a new device.)

When that happens, you’ll simply need to revisit the Playback Devices control and select what sound device you want to listen through.