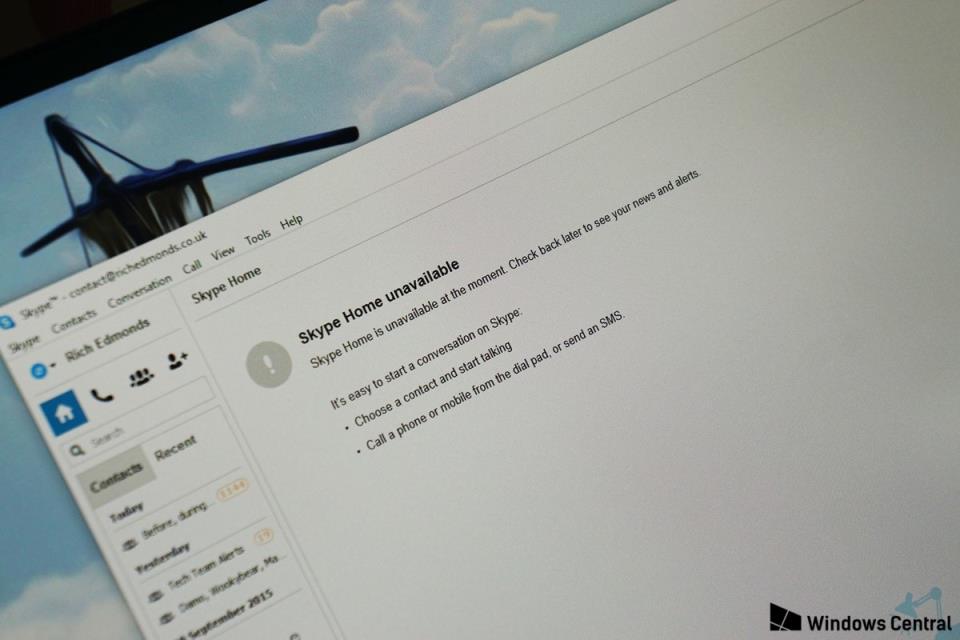 Skype appears to be having trouble staying online and connecting humans worldwide. We’ve received numerous reports from readers who have been unable to access Microsoft’s communication platform. We’ve been able to confirm that Skype is indeed down, but luckily Microsoft appears to be aware of the issue and is actively working on it.

“Some of you may experience problems with Skype presence and may not see online. We have detected an issue with the status settings of Skype. Affected users will not be able to change their status, their contacts will all show as offline and they will be unable to start Skype calls to them.”

Interestingly, the web version of Skype still works, so if you’re in desperate need to communicate with a contact, you could try your luck on the web client. Also, Microsoft states that instant messages are still being delivered as usual, and you should be able to make calls and send messages on the web. We’ll update this article once services are back up and running.

Update: After several hours of downtime, Microsoft is now restoring Skype access after figuring out what went wrong:

We have identified the network issue which prevented users from logging in and using Skype today. We’re in the process of reconnecting our users, and focused on restoring full service. The issue did not affect Skype for Business users.”

Source: Skype Heartbeat; Cheers to everyone who tipped us!