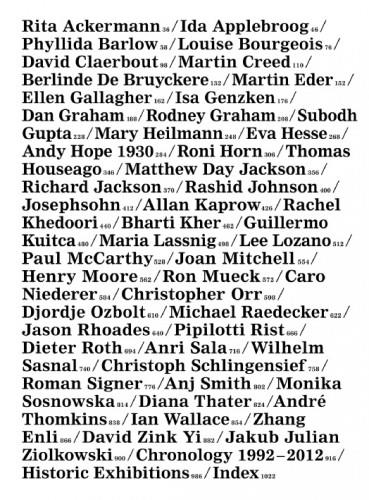 While convention dictates that the art museum is the appropriate context in which to mount important and critical exhibitions that contextualize both contemporary and historical art, over the past few decades commercial galleries have begun to blur the divide between business enterprise and scholarly investigation. In fact, some of the most compelling and ambitious exhibitions of late have originated in commercial spaces, many of which have begun collaborating with curators to mount historically significant, museum-quality shows. Hauser & Wirth, founded by Iwan Wirth and Manuela and Ursula Hauser in 1992, has emerged as one of the most influential contemporary art spaces in the world with outposts in the art capitals of Zurich, London and New York. To commemorate its 20th anniversary the gallery has recently released a massive tome that documents its illustrious history. With chapters devoted to each artist on the gallery’s rather impressive roster, Hauser & Wirth: 20 Years is an impressive record of some of the most important movements in contemporary art over the past two decades. To say that this is a mammoth book is an understatement; at nearly ten pounds, it requires effort to hold in your hands and is a testament to the seriousness of Hauser & Wirth’s contemporary program as well as the gallery’s larger attempt to secure its place in the annals of art history. 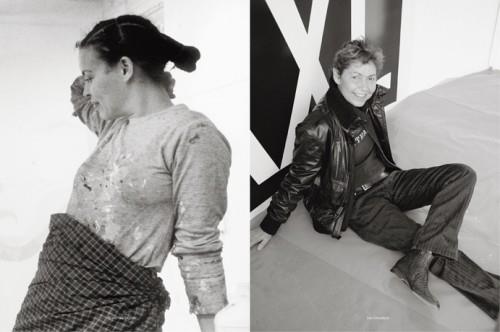 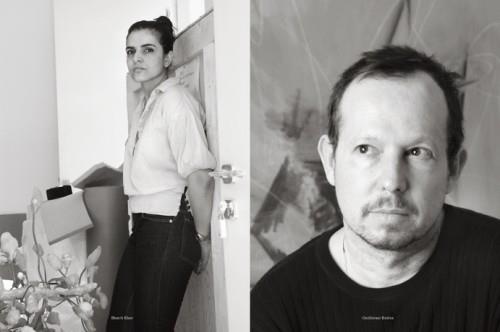 Since exhibitions are by nature ephemeral, it is a constant challenge to adequately document and preserve them for posterity. Hauser & Wirth: 20 Years does an admirable job at capturing these fleeting moments with large installation views in addition to studio shots, correspondence, preparatory materials and exhibition layouts that capture the process of mounting a show. These behind the scenes views—Paul McCarthy working on his massive sculpture Mountain, Eva Hesse’s studio in the 1960s, Rodney Graham spinning at an after show gig in Zurich in 2005—are the best parts of the book and provide an important context for the images of installations and artworks that follow. The book’s size affords ample space for large reproductions and flipping through its pages is a rare treat. As many of Hauser & Wirth’s artists produce large scale installations—Diana Thater’s immersive video spaces, Jason Rhoades’ sprawling sculptural environments, Berlinde De Bruyckere’s decaying forms—double page spread installation views allow the reader to get a sense of the scale of the pieces and approximate, as much as possible, the experience of viewing them in person. The photography is of an extremely high quality which affords the book an opulent feel, and the design is simple and elegant allowing the art to remain the focus. 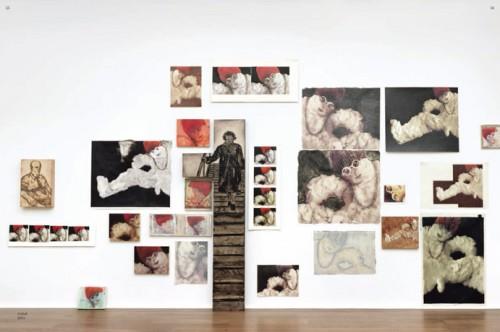 Hauser & Wirth: 20 Years ends with an illustrated chronology that charts the institutional history of the gallery, including such interesting tidbits as Ursula Huaser’s initial studio visit with Louise Bourgeois in 1993, gallery expansion plans and a first meeting with Allan Kaprow facilitated by Paul McCarthy. Not shying away from the fun, party aspect of the contemporary art world, no detail is spared, including seemingly tangential moments such as the guest list at Manuela Hauser and Iwan Wirth’s wedding (reproduced alongside their invitation designed by Franz West) and photos of New Year’s Eve parties and opening celebrations. The book closes with a section devoted to the exhibitions initiated by Hauser & Wirth that are outside of the conventional scope of a commercial gallery‒placing the work of historically significant artists like Alexander Calder, Bruce Nauman and Francis Picabia in new, surprising contexts as well as mounting curated thematic group shows‒that further illustrate the diversity of the gallery’s program. 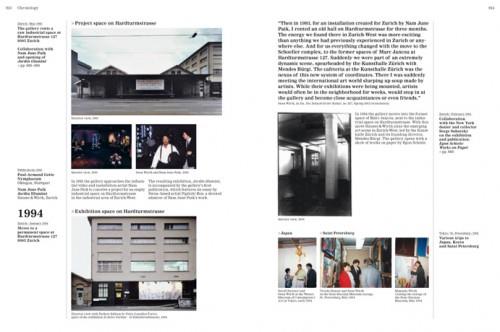 While some may argue that a book of this size is arrogant and narcissistic, lending a credence and weight to the gallery’s history that is undeserved, when perusing its pages it is impossible to ignore that the achievements of Hauser & Wirth are staggering. One can only wish that museums had similar resources to be able to devote so much care and attention to preserving their own institutional history.