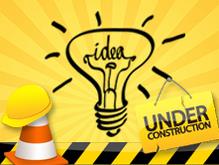 Welcome to the 2014 edition of the Ultimate Google Voice How-To Guide, presented by ZDNet’s DIY-IT blog. In this article, and the baker’s dozen that accompany it, you’ll learn just about everything you need to know to get the most out of the Google Voice service. This guide contains a complete end-to-end update of our 2011 Google Voice guide, chock full of new ideas, completely new articles, and amazing tips.

So brew up a cup of coffee or your favorite tea, grab a few snacks, and prepare to discover how plain ‘ol phone calls are about to be transformed into something virtually indistinguishable from magic.

This article assumes you’ve already got a working Google Voice account and it’s linked to your phone. If you don’t, please read the earlier articles in this series. We are also aware of the  rumors that Google may end-of-life Google Voice or migrate its functionality more fully into Hangouts  and, if that happens, we’ll update this series with all your best options.

We are seeing some big changes in Google Voice and also the very real risk that someday Google will decide to end-of-life Google Voice, just like it did with Google Reader. It’s possible that millions of us will either be left without our phone numbers or have a short time to port them somewhere else.

With all of that, I am still sticking with Google Voice. I find the number routing, the wide variety of voicemail options, the spam call filtering, the ability to get voicemail transcripts in email (even if poorly translated), and all the other little features worth the hassle.

But it hasn’t been the most straightforward path. We’ve used and configured a lot of different hardware options. I’ve had to convince my wife of the next, new change in our daily communications environment (she’s the most patient woman on the planet).

A few months ago, when the Ooma died, I decided I was going to try a whole new approach: Skype. My wife looked at me with that deer-in-the-headlights look she gets whenever I’m about to completely transform how the house works, and let out a shakey, “Well, I don’t know…”

Like I’ve said many times before, my wife is the most tolerant woman on the planet.

In any case, I’d had it with the excessive level of complexity our phone system required. I had both an Ooma and an AT&T Microcell taking up ports on the router. I had a Link-to-Cell handset base station plugged into the Ooma. I had a ton of power cords and power dongles going under the desk. And it was all unreliable, cranky, and in need of more duct tape.

So I yanked it all out. I had an alternate solution: Skype integrated with Google Voice.

Skype wasn’t a new idea. I had thought about it way back in the beginning of this process. Back in 2004 or so, Skype phones were big deals. You could get them from almost any vendor. Then the smartphone hit the market, and people found a better way to ditch landlines, and the Skype phones and Skype-specific hardware market collapsed.

There are still a few Skype gateway products available, products that let you plug a regular POTS phone into a jack and call out using Skype. When I first started exploring this project, those products were from janky-sounding vendors and I was nervous about ordering. So I went with Ubi and then Ooma.

When the Ooma started to fail, I decided I’d bite the bullet and order the janky gear anyway. Let me be clear. If you go to the Skype site (which is now run by Microsoft) and order these Skype devices (which are promoted on the Microsoft-owned Skype site), you then are taken to a jank-ville ordering page where you order a jank-built product. Don’t do it.

After some serious poking around, I found the same products offered through Amazon. At least Amazon accepts returns. So I ordered them, got them in, and they simply failed to work properly. Not worth the time, not a good idea. I sent them back.

Things have changed in three years

Time passes. As time passes, phone contracts expire, and new devices are introduced. Denise is now on her second smartphone and I’m on my third. We both now rock Android phones, Samsung Galaxy S4s, and we couldn’t be happier.

But that doesn’t mean we got rid of our previous iPhones. We kept them. In terms of smartphones, we now have an iPhone 3G, an iPhone 4, and iPhone 4S, and two Galaxy S4s. That’s five phones.

We also have a five 7-inch tablets. We each have a Nexus 7 (mine lives in the bathroom and is my bathroom reader of choice). I have a first-generation iPad mini, and she has two Kindle Fires (an original, and a second-gen HD). Denise’s Kindles seem to multiply. A deeply discounted DX showed up this week. When I asked her how many Kindles she has overall, one hand showed five fingers and the other had a peace sign. One girl. Seven Kindles. It almost seems like the title of a sitcom.

We also have our desktop computers. She has a Windows machine. I have my Mac/Windows FrankenMac hybrid , and she has a sweet Ultrabook. I have two other machines on my desk as well. All of them can run Skype. That’s a total of fifteen devices that can run Skype.

Next up: how to make it all work…

I have a Mac in the studio and I use Skype on it all the time to call into ZDNet and CBSi webcasts. I have a Windows 8 machine in my study. I have a variety of other random computers, netbooks, and towers scattered around the house. All of them can run Skype.

All told, we have somewhere above twenty devices in the house that are capable of running Skype. Most of those devices work with Bluetooth headsets or earpieces.

And that’s where the “Aha!” moment came. We don’t need old-style RJ-11 POTS telephone handsets. We can use our smartphones and tablets and ‘puters to talk to people on the phone.

There’s no need to have some hacky pile of wires and boxes that somehow try to convert the last five decades of analog phone devices to something that will run over the Internet. Let’s just use the Internet devices we already have in the house.

There are some similarities between Skype and Google Voice and some differences. First, Skype charges for some special services and, unless you’re calling outside the US, Google Voice is free. The charges are minimal, so ignore that.

Skype and Google Voice are complementary. They don’t do the same thing.

Note: If Google Voice shuts down completely, I’ll probably try to get Skype to do most of the heavy lifting. If I do, you can definitely tune in here at DIY-IT, where I’ll tell you all about it. But Skype really isn’t the do-it-all solution we want. We want both Skype and Google Voice.

What to buy from Skype

In addition to your free Skype account and Skype client software, you can buy a variety of upgrades.

I bought Skype Premium, which allows unlimited voice calls to landlines in the U.S. and Canada, plus multi-user video chat and screen sharing (yes, this is also what Hangouts does, but I do this a lot). Skype Premium supposedly comes with 24/7 chat support, but Microsoft hides the link for using it really well, and then the so-called premium support quality is abysmal (four-letter word quality terrible). In my view, Microsoft sure shouldn’t promote support as a premium service because they clearly don’t want buyers using it.

Then I bought an online number, which is a phone number you can call and it rings my Skype clients. That cost me $30 for a year’s service.

All told, I spend $90 a year for my account, and another for Denise’s account. We spend $180/year on Skype, or $15/month. You’ll notice that’s the same monthly fee as with the Ooma Telo, and both are a lot less than even the most basic landline fee.

How to make it work

Here’s how we make it work. One of Skype’s cooler features is the ability to designate the outgoing phone number it presents to Caller ID. I configured my Skype account to present my Google Voice number whenever it makes outbound calls.

Skype called that number to confirm I controlled it, and from that point on, whenever I make a call to a phone number from Skype, the Caller ID shown is my Google Voice number. I did the same with my wife’s account. I set her outgoing Skype number to her Google Voice number and confirmed it.

So now, whether I call out from Skype or from Google Voice, the same number shows on Caller ID. I’ve unified how I present my phone number and done the same for my wife.

Updated: If you’re working on a DIY project of your own, this comprehensive guide to tech projects is a good place to start.

On the inbound side, I’ve set Google Voice send incoming calls to both my smartphone’s phone number as well as my Skype phone number. I did the same with my wife’s accounts.

Now, when an incoming call comes in on my Google Voice number, it rings both my phone and my Skype devices. The same happens for my wife’s phone.

We’ve unified our phone numbers so the two cherished numbers we ported over from our landlines three years ago now work coming into and out of both Google Voice and Skype.

Using this solution on a daily basis

In practice, this works really well. Since we can now use either Skype or Google Voice for incoming and outgoing calls at home, we can choose whatever is most convenient. If we need to make a conference call, Skype is the clear win.

It just works. Sometimes there’s a bit of a cacophony of phones ringing, but that’s okay. It’s easy to get and make calls, and the voice quality is generally quite good.

As it turns out, we generally use Skype to call when at home, and Verizon to call when out of the house. It’s reasonably transparent and far less fraught with hassle than the previous Mark I and Mark II solutions.

And that’s where we are. No more old-style phones at all. We’re optimized for computers, laptops, tablets, and smartphones. Which is really how it should be.

This is the last how-to in our series. Thanks for coming along for the ride. I’m sure this story isn’t over and in a year or so, we’ll have another edition of The Ultimate Google Voice How-to Guide (or whatever replaces Google Voice). We have one more article, which is more of a request to Google than a hands-on DIY article. Let’s hope they’re listening: Dear Google: we need a quality reverse phone number lookup for Google Voice.