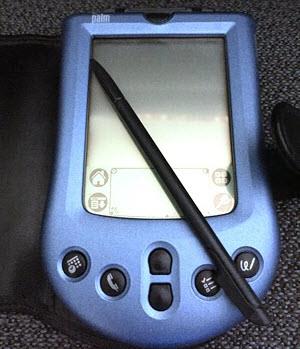 A couple of things happened this week that reminded me of the good old days of spreadsheets. There are some good memories, but I really don’t want to go back to those days. How about you?

The first reminder of the good old days of spreadsheets occurred during a file search. I needed an Excel file that I created in 2011, and had used in one of my videos – Data Validation from another Workbook.

The file wasn’t on my new laptop, or the previous one, or on the desktop machine. So, that meant that I had to fire up the old laptop, that’s still running on Windows XP.

Yes, there’s a Windows Vista sticker on it, but I had Windows XP Pro installed on it, right after I bought it. 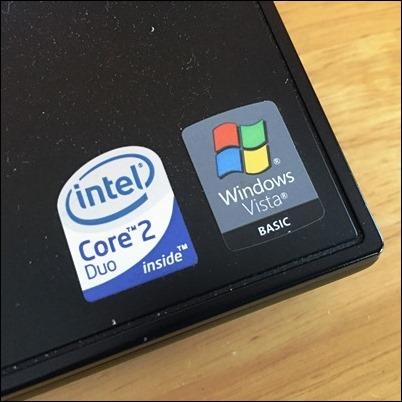 Approximately 47 hours later (well it seemed that long), I had Windows Explorer open on that computer. Oh look, a puppy wants to help me search! I’d forgotten about that guy. 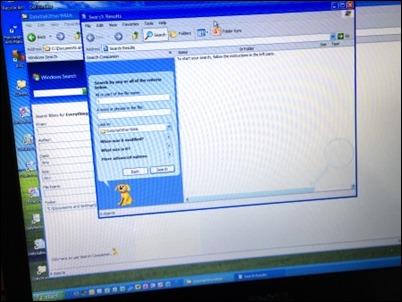 After much whining and wheezing, Windows Explorer finally coughed up the file that I needed. The next challenge was to get it onto my current laptop.

No Dropbox For You

In an unfortunate coincidence, I had received an email from Dropbox that morning, announcing the immediate end of support for Windows XP machines. Great timing, thanks Dropbox!

That computer isn’t on the home network, and I wasn’t going to spend any time trying to connect it. So, I had to use “SneakerNet”, just like we did in the good old days. Here’s a Wikipedia link for the youngsters, who might not know what that means.

I finally found an old flash drive with a bit of space on it, and successfully transferred it to my new laptop. Then, of course, I realized that there was another file that I needed. So, it was back downstairs, and through the whole process again.

That old computer is still running, just in case I need another file! It probably uses more power than the fridge, based on the noise that the fan is making.

But firing up that old laptop made me appreciate the new one much more. It’s quieter and faster, and I don’t hate Windows 10 as much as expected. I did feel a bit nostalgic for Excel 2003 though – a really solid version that I enjoyed using.

Another Reminder of the Good Old Days

Another reminder of the good old days of spreadsheets was finding the installation disks for Lotus 1-2-3 rel.4. This was from 1993, and there were 8 disks. That was an improvement from the earlier days, before HD disks, when programs had twice as many disks! 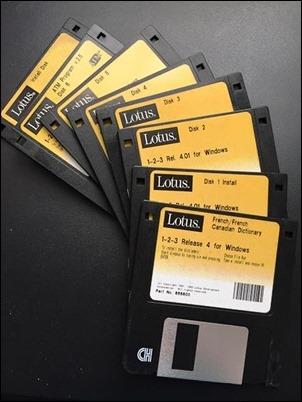 These days, we can start a program installation, then wander off until it’s finished. In the old days, you had to sit at the computer, popping in each disk, when the computer spit out the previous one. Good times!

Installation is still annoying, and can take forever, but at least it isn’t labour intensive.

So Many New Features

Back then though, it was worth doing all the work, to get the exciting new features, like Drag-and-Drop! And Worksheet Tabs! 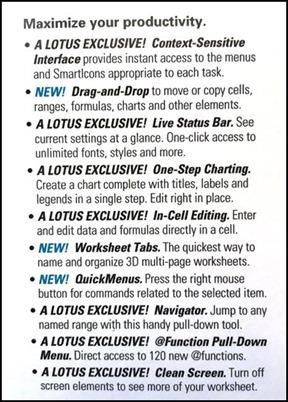 And to compensate for all the installation pain, computer programs came with a nice set of manuals. And built-in Help, that usually helped! 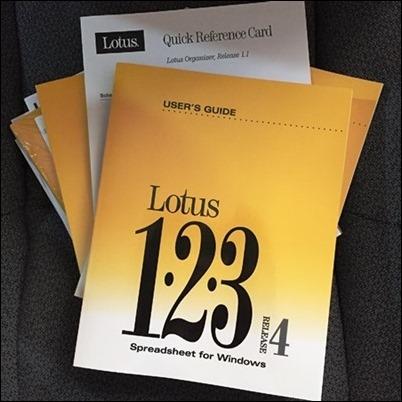 Another positive thing — I loved the Lotus Organizer program that came in that package. Sorry Outlook, but you were a disappointment when I had to switch. 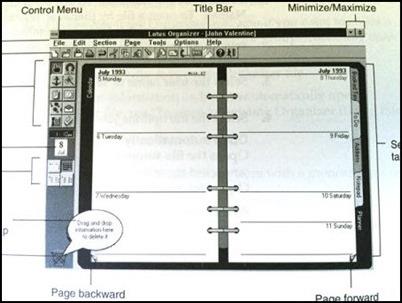 These days I use Excel to plan my schedule and tasks, and just use Outlook for emails. My daughter, however, has gone way back in time. She’s using a Bullet Journal to record all her ideas, plans, and things she won’t tell her mother.

Those bullet journals remind me of the old Filofax days, when everyone had jam-packed binders and countless sections marked with coloured tabs.

Then we moved to Palm Pilots, and spent days re-entering all the data. Remember those? My wouldn’t start up when I took this photo, so I guess it needs a charge.

The new Bullet Journals have a colour coding system too, and you can spend all your money on fancy accessories. I’ll stick with Excel though, at least for now. Thank goodness we can colour code our sheets tabs! 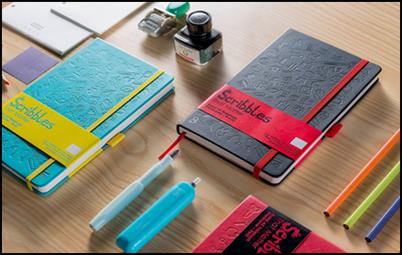