When it comes to video messaging services, there are a lot of options to choose from, most notably Skype, Facetime and ooVoo. But there is also the Google Hangouts service. The Google platform offers all the same features as other popular services; plus a few users can’t get anywhere else. So why is “Skype” used as a verb synonymous with “video-calling,” but no one ever talks about “Hanging out?” 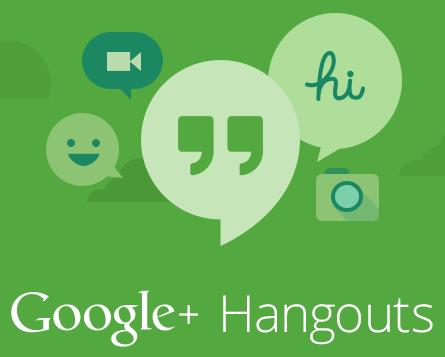 At Google’s annual developer conference, Google I/O, held last week in Mountain View, Calif., the company revealed a stand-alone Hangout app, integrating the Hangout video-calling service with standard instant messaging and image sharing. Hangout will be available across the web, Android and iOS platforms, making it a direct competitor to similar cross-platform messaging services like WhatsApp and the newly updated BlackBerry Messenger. Additionally, the web version of the service received an update with new features like emojis, image sharing and the ability to instant message friends even when they’re aren’t online. 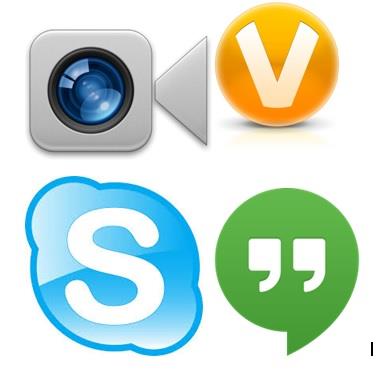 Still, Hangouts is a video-chatting service at heart and is often compared to similar services like Skype, Facetime and ooVoo.

Let’s start with the features. The free version of Microsoft-owned Skype allows users to instant message, video chat and share files. A premium version, at a cost to users, adds international voice calling and video conferencing with up to 10 users. Facetime, when used in tandem with the iChat service, allows users to instant message, video chat with up to four people (nine when listening to audio only), share files and adds screen sharing to the mix. The free version of ooVoo does all of the above, with video conferencing available for up to 12 people, but if you have a Mac, only six will be displayed on screen, with just the voices of others chirping in. Additionally, ooVoo has a Watch Together feature that allows users who are video-chatting with each other to simultaneously watch the same video on their respective screens. Both ooVoo and Skype are available on desktop and mobile devices, including those running BlackBerry 10.

Skype and ooVoo must be downloaded; Facetime is only for iOS and OSX users. Google is for everyone. Google’s services, when combining Hangouts, GChat and Google Calling, which all flow easily together, offer all of the same features as Skype, Facetime and ooVoo, plus much more. 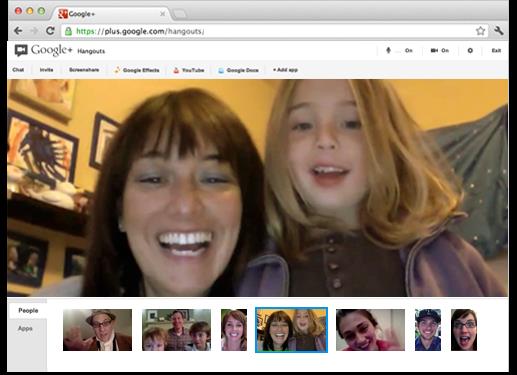 Google Hangouts allows users to video chat with up to ten people at the same time and watch YouTube videos together. Hangouts support screen-sharing and collaboration with Google Drive, which is a key feature for business use, or students working together on group projects. Additionally, Hangouts offers a “Live on Air” feature, which allows users to stream their chat live on their Google+ profile, YouTube account and any website with the YouTube video link embedded.

Once a Hangout has been started, users can click the “On Air” button in the corner of the screen to go live. When the Hangout concludes the video is then automatically saved and uploaded to the user’s YouTube account. The possibilities for the feature’s use seem almost endless. Live On Air could allow schools to broadcast live events for family members who couldn’t be in attendance or allow an aspiring artist to perform for the world from the comfort of their living room – assuming anybody is watching.

Hangouts as a Business Tool

Already, businesses have begun leveraging Live On Air to interact with its users. Penguin Books holds live book club chats. Steven Spielberg premiered the trailer of the film “Lincoln” alongside Joseph Gordon-Levitt on a Google Hangout and both the PGA Tour and WWE hold weekly hangouts to engage with fans. Users can contribute to the conversation by posting on the event’s Google+ page or Twitter using a predetermined hashtag.

Customer and fan interaction isn’t the only enterprise use for the Google Hangout service. As telecommuting becomes more popular the Hangout screen-sharing and Google Drive collaboration tools make Google Hangouts a viable option for business conference calls. But it’s not just great for businesses. Students who get thrown into group projects on frequent occasion, and tend to be more familiar with various Google services will also find Google Hangouts to be an easy solution.

Hangouts are for Everybody 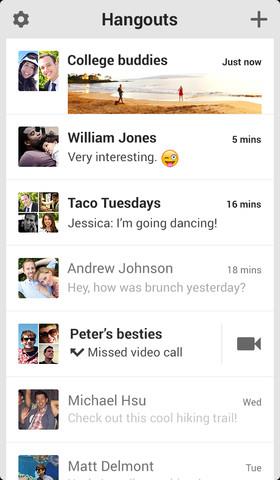 In June of 2012, Google announced it had 425 million active monthly users, surpassing Hotmail, now Outlook.com, to become the most-used web-based e-mail client. So that’s 425 million active monthly users that have easy access to the Google Hangout service. Google has seamlessly integrated its applications into each other, making the transition from using a Gmail account to starting a Google Hangout simple and almost automatic.

Hangouts can be started directly from Gmail, from a Google+ profile or the Google+ and Hangouts apps. Once a video-call has begun, adding a person to the call is as simple as entering another name or e-mail address. The user interface is simple and intuitive, as are all the included features within the Hangout.

TechnologyGuide tested the service by video-chatting with four people, spread out between Spain, the Netherlands, Florida and Boston. The service worked as advertised with no lag in video or audio, which could be tied to the quality of the hardware being used as much as Google’s service, but it’s still a major pro. Screen-sharing and watching videos together worked seamlessly and file-sharing and engaging in GChat on the side also worked well and intuitively. The service also includes various fun and somewhat silly features, including the ability to draw on friends faces on screen and add different props like a pirate hat or mustaches.

Google’s user interface and integration of all its service is so simple and intuitive, everyone from a tech-savvy teenager to a not-so-tech-savvy grandparent could easily use and understand the platform.

Do People Use Google Hangouts?

Last month, Skype announced its users spend more than 2 billion minutes each day connecting with each other via the service. In August, ooVoo announced it had reached 54 million users and was adding almost 100,000 new users a day.

Google hasn’t released any specific statistics on the number of users who are engaging in Hangouts, although the company did announce back in December it had 235 million active users across the Google+ platform (meaning they are engaging in more applications that just the standard news stream) and over 500 million of its users have upgraded to a Google+ profile.

Still, Google easily has the largest user base, so why don’t we hear more about Google Hangouts? TechnologyGuide doesn’t have all the answers, but it can take a few educated guesses. Skype was the first major video-chatting service to hit consumers, and thus was the first to be popularized. When users get hooked on a service that works for them, they tend to stick with it, even when a newer, perhaps better, option comes rolling around.

Google’s set of features is so expansive, Hangouts could get lost in the Google+ profile or the host of communication tools the company offers – although the release of the standalone, cross-platform Hangout app should help push the service into the forefront of its users’ minds.

When compared to the features similar service offer, Google is more than on par. The company continues to upgrade the service, so maybe instead of “Skyping,” one day everyone will be “Hanging Out.”