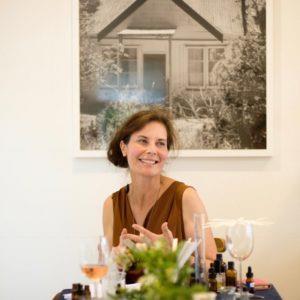 “My Soul travels on the smell of perfume like the Souls of other men on music”. Charles Baudelaire

Meeting with Vanessa York, New Zealander and Natural Perfumer on Waiheke Island, in the midst of a summer laced with the sub – tropical scents that grace the nightime air here was a rare treat.  She is a graceful and modest woman who exudes passion for her Art akin to one of her creations lifting off the skin in rarefied air. 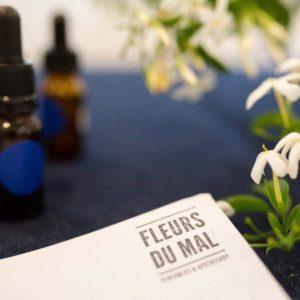 There has been an increasing interest this side of the globe in ‘Naturals’.  Vanessa is on a mission to take this further and explore them from a uniquely New Zealand perspective, using botanicals from the native bush.  Pure nature, distillates derived from source that also incorporate like wine, differential elements that arise from Terroir, for as Vanessa points out English Lavender is very different from Lavender grown in New Zealand, for botanicals are affected by climate and soil as much as grapevines. 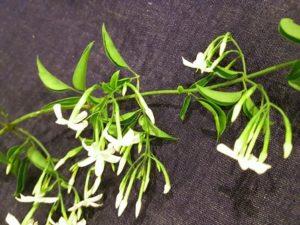 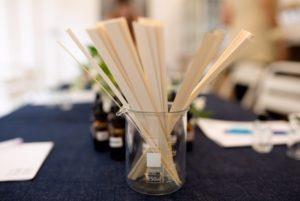 Vanessa’s  artistry was born out of pure passion for fragrance from her early influences and also a desire to create using only naturals.   The distinctive name bears witness to her love of Baudelaire and in her words… to just create a more raw, less sanitized expression of scent. “And it’s true; perfumeries – particularly natural perfumeries, such as this one is – tend to be named for the pure beauty of nature, rather than its darker side. But I’ve always loved those poems, with their dissonances and harmonies, and the way they entangle beauty with disgust, love and desire with bitterness, abandonment, and exaltation. Like poems, perfume can evoke all of these sensations, and more. In my perfumes, I love to evoke dissonances as well as harmonies. I get inspired by the weeds as well as the flowers, the shadows even more than the sunshine. The plant names of our perfumes capture this twist. Fleurs du Mal perfumes are not for everyone. But some people like them very much” -Vanessa York 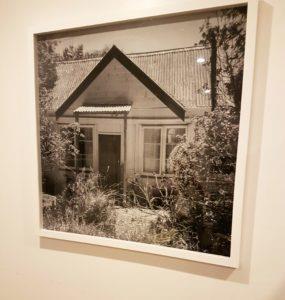 An intimate gathering of women bought together by Mandy Mee and her creative workshops under The Farmers Daughter. For some their first experience of an olfactory journey, others more versed, into the clean, bright setting of The Annex, a boutique small cakery sited in an iconic New Zealand cottage, whitewashed and pristine.  We were greeted by a table set with wild jasmine and a multitude of small vials set in groups of notes, according to top, heart and base.

Our evening began with Vanessa in beautiful style, setting a scene with fragrance history and structures of perfumes, how they are composed, vertical, horizontal blending and for the participants, turning their thoughts about what fragrance inspires them, or defines them, something to compliment and clothe them. We were encouraged to explore certain notes with the accords, passed around hands full of anticipation and noses ready to delve into olfactory story telling with a personal twist.  Poised to begin creating our own expressions.  Structured around 10-12 drops per accord, 3-4 notes in each accord. 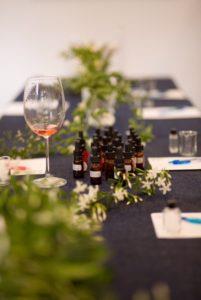 Akin to wine tasting and my review notes that I can do so easily, I approached my fragrance from an instinctual basis, not second guessing my senses, for allowing the logical mind to intrude overrides the sensorial knowledge innate if we just trust.It was exciting to have in front of me all these essences to delve into and bought up my keen intention to one day have an antique organ in my home. So it begins. It is an extremely personal path to the creation of a fragrance, it arises in the same place as any art form, it opens a window into the Essence of a person, The fragrance that grew out of immersion in that evenings wonderful company, under the subtle guidance of Vanessa has, just like the proverbial genie been let out after a few weeks of all the notes getting to know each other and created a symphony that one hopes will reflect and reveal its alchemy on my skin. 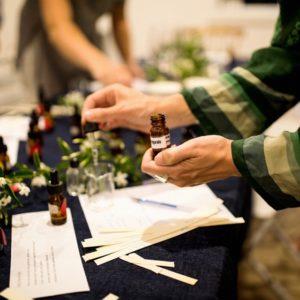 Creation of a Fragrance Emma Hugues 2017

Spicy, bright and woody it lifts and clears like a fresh Nordic forest with a light animalic  strike to intrigue. after a few hours, it is softly mysterious and laden without headiness with warmth and sensuality.It was a brief suspended moment, those 2 hours one evening on an Island, when ordinary life was halted and we partook in an alchemical creation of ourselves, delving inside a Crucible to create externally.

Thank you to Vanessa York and Fleurs de Mal Perfumes.

Disclosure: Samples my own creation, opinions my own. 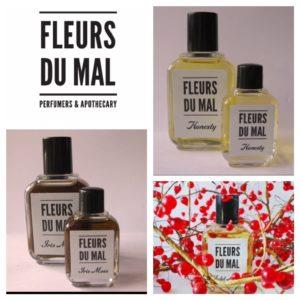