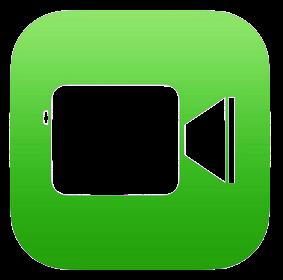 FaceTime makes video chat and audio calls easier than ever, or at least, it does when FaceTime works. While FaceTime used to be one of the most reliable ways to initiate a video conversation between any Macs, iPhones, or iPads, sometimes it just doesn’t work. More recently, a bug has been identified that has completely broken FaceTime for many users, which may cause FaceTime to get stuck on “Connecting…” either staying there indefinitely without a connection, or failing and dropping a FaceTime chat instantly. This problem can impact both FaceTime Video and FaceTime Audio calls for either Mac OS X or iOS, but there are means of troubleshooting the issue if you happen to run into persistently failing connections.

Because FaceTime is a two-way service, some of these troubleshooting tricks will need to be performed on both sides of the connection; meaning both on the caller and recipients device. Failing to do so may cause FaceTime to continue to report connection failures.

If FaceTime calls or video is getting stuck on “Connecting” seemingly forever, timing out, or failing repeatedly, try the following tricks in the following order to fix the problem.

1: Update iOS and/or OS X to the latest version available

The first thing you should do is update all possible system software to the newest version available. This goes for both sides of the FaceTime call – meaning the initiator and the recipient. Always back up the iOS device or Mac before updating operating system software.

Sometimes this alone is enough to get FaceTime working again, so go ahead and try to start a call or video chat as usual when finished.

2: Force FaceTime Re-Activation by Toggling FaceTime OFF and ON

Turning FaceTime off and back on again forces reactivation with Apple’s servers. This can resolve many FaceTime issues pertaining to activation, particularly if they persist after updating to the newest version of iOS or OS X available. This is also a good opportunity to be sure that you have the correct Apple ID entered into the FaceTime settings: 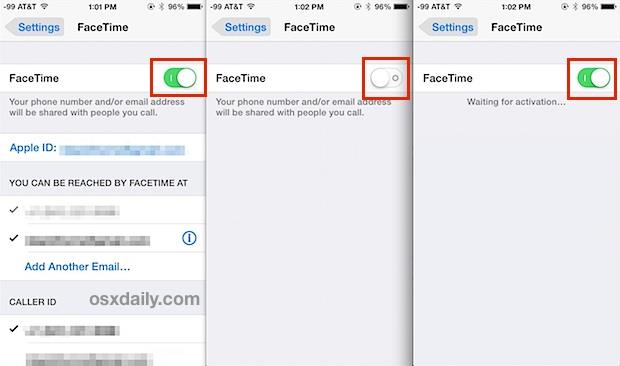 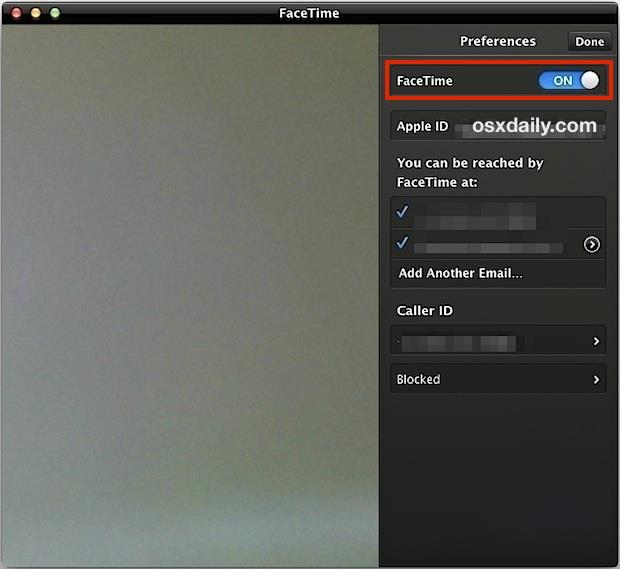 If FaceTime is failing on iOS, resetting network settings often can do the trick if you’re already on the latest version and have already reactivated the service on device:

What if I can’t update iOS / OS X? Is FaceTime Broken Forever?

That poses a particularly problematic for some large managed deployments of iOS devices throughout enterprise and education environments, where organized system updates often move slower after heavy internal compatibility testing, and where updating every iPad, iPod touch, or iPhone to the latest version is impossible due to deployment protocol, restrictions, or just general IT policy. (I know of at least one large organization stuck on iOS 6 who relied on FaceTime, now they are looking to migrate to Skype due to this problem – updating to iOS 7 is not an option for the foreseeable future due to software issues). Aside from that, the average user may also be confused or halted by a requirement to update iOS, particularly since the loss of a service that ‘just worked’ for years is now malfunctioning, seemingly at random. These users are apparently out of luck and unable to use FaceTime at all, for now anyway. If you’re stuck in that boat and unhappy about it, you may want to send Apple your feedback on the matter, or contact Apple Support directly.