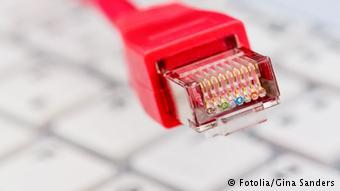 In light of the numerous surveillance programs revealed by documents leaked to reporters by former US National Security Agency (NSA) contractor Edward Snowden, the world has come to see that less and less of modern communications can be kept from spies’ prying eyes.

Some 47 percent of Americans admit they have become more cautious about how they use the Internet in the wake of the NSA revelations, according to a Harris poll. But there are steps – some easier than others – that can be taken to maintain a degree of privacy without completely swearing off the conveniences of modern technology.

Know what you’re up against

The first step is to think about what you’re most likely to be up against, said Jillian C. York, director of international freedom of expression at the Electronic Frontier Foundation and past winner at The Bobs, DW’s annual award for the best in online activism. Risks for an activist in China differ from those for the average person in Europe.

“Everyone should go through the threat modeling process and understand what they’re personally facing,” she told DW. “The steps that they take after that will correspond to their specific threat.”

York added that people should ask themselves two main questions: What are the consequences and how much effort am I willing to put in to defend myself? The answers to these questions will determine how far people choose to go in protecting themselves, but, York said, there are some steps everyone should take. 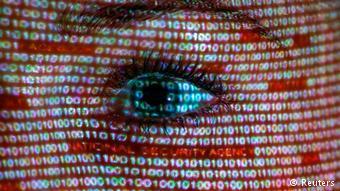 Secure connections are also important when it comes to e-mail as inboxes hold the details of many people’s personal and professional lives. Internet users seem to realize how easily available their messages are to authorities who can request e-mail records from Internet service providers. Just under one-quarter of participants in the Harris survey (24 percent) said they were less inclined to use e-mail based on what they have learned about secret government surveillance.

E-mail encryption is freely available online, but, while effective, it has earned a reputation for being difficult to set up correctly. The security it provides is, however, worth the effort, said Anne Roth, a member of Tactical Technology, a digital rights and advocacy group that won an award at The Bobs in 2013.

“You might need some help installing it, but once it is installed it’s actually very easy to use – basically you just need to click another button,” she added. Tactical Technology offers an overview of alternatives for common Internet applications, such as e-mail, web browsing and instant messaging, as well as detailed instructions on using a range of privacy-protecting online tools and services.

A little help from your friends 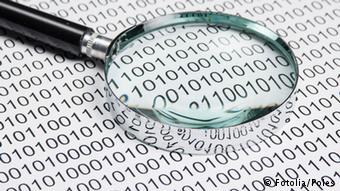 Once set up, e-mail encryption isn’t difficult to use – but contacts have to understand it, too

Being able to send secure texts and e-mails, however, doesn’t help if the recipient can’t decrypt them to get at the actual message, and because privacy-protecting alternatives are generally less well-known than their data-leaking counterparts, switching to encrypted means of communications usually means convincing the people in your address book to switch services as well.

“It is difficult because people like to use what everybody else is using and that is, of course, the big services like Facebook and WhatsApp, and it’s fun because everybody is using it,” Roth said. “I think we need different products that have a much better usability, and there is a lot of stuff being developed at the moment, but there is not very much that is ready to use. I think we are in an in-between period.”

But, thanks to the Snowden revelations, more people thinking about government snooping are willing to take action to protect their privacy and encrypt their communications.