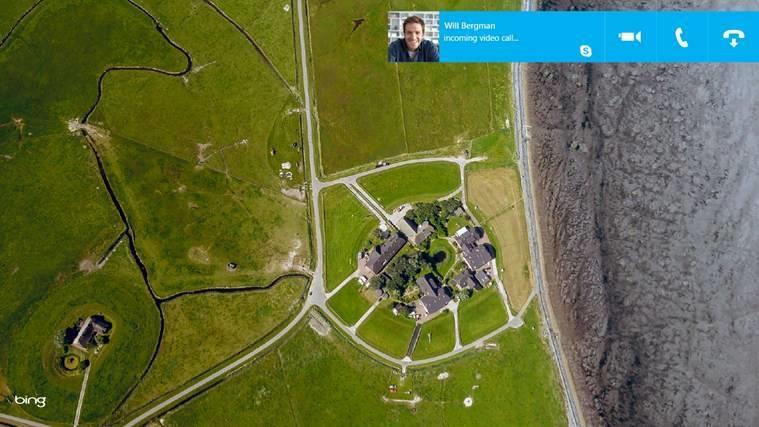 Who hasn’t heard about Skype? We have talked in the past both about the desktop and the touch application, and now we’re coming up with an article to keep up with all the updates that the official Skype desktop app for Windows 8, 10 receives.

I am sure that I am not the single one who doesn’t like the touch version of Skype for Windows 8, 10 and prefer the good old desktop version, despite the fact that I have created this website to find and promote mainly touch apps from the Windows Store. However, the touch version of Skype for Windows 8.1, 10 has been getting better and better, especially after it has received some important updates which brought much needed features to users. For those who find the touch version pretty hard to get used to, we’ve also compiled a small guide for that.

But, enough talking about the touch version of Skype for Windows 8, 10, since the purpose of this article is to detail the latest version of the desktop app of Skype and also provide download links. If you’re running Windows 8.1, 10 you should know that Skype is pre-installed, but we’re talking only about the touch version. Skype also comes with some pretty good rates when it comes to international calling, but it seems that Voxofon has some even better offers. Without further ado, let’s provide download links for the official latest version of the Skype desktop app.

We recommend this tool to update all your drivers automatically

Downloading drivers manually can be a long and tedious process. Outdated drivers can often cause crashes, file loss and even permanent damage to your computer. DriverUpdater quickly and automatically downloads all the drivers that you need:

The latest version of Skype for Windows 8.1, 10 now comes with free group video calling, a feature which has been requested for such a long time, especially because it was already available for free on Google Hangouts.

The bad part is that Skype gets update quite frequently, but most of the time, the changelog to the app’s improvements is lacking, so we will try our best and inform you about changes when we know what they’re about.

The most recent 7.16.0.102 version of Skype for desktop Windows users has brought mainly general fixes, but we know that many Windows 10 users have been complaining about various problems and these have allegedly been taken care off.