German researchers revealed that Microsoft is able to intercept Skype conversation for security reason. Which are risks to the users’ privacy?

Microsoft intercept Skype conversations, the topic is at the center of a heated discussion. Before Microsoft acquisition the popular VOIP application was considered very secure and wiretap-proof, it was officially recognized that was impossible to intercept Skype conversation due its complex architecture and mechanism for the management of audio / video and text streams.

The situation changed when Microsoft acquired Skype for $8.5 Billion and its architecture was changed, officially for maintenance ameliorative. Just one month after the acquisition Microsoft obtained a patent for “legal intercept” technology specific for VOIP services such as Skype. This is pure randomness? Does Microsoft intercept Skype conversation?

Many security experts sustain the Skype architecture has been modified to enable “lawful interception” of calls and chat messages to respond to requests of the US Government. Of course Skype refused the charges justifying the modifies as a necessary upgrade, denying any surveillance purpose, anyway Skype PR man Chaim Haas, referring “company policy,” and industrial secrets wouldn’t confirm or deny, declaring about  chat service

“[it] co-operates with law enforcement agencies as much as is legally and technically possible.”

The German researchers at heise Security have been notified, and then independently confirmed, “that every HTTPS URL sent over Skype gets checked from an IP address registered to Microsoft headquarters in the U.S.”, confirming that Microsoft is able to intercept Skype conversation.

Microsoft denied to intercept Skype conversation sustaining that the access to all messages sent via the chat is performed to remove spam and phishing links. 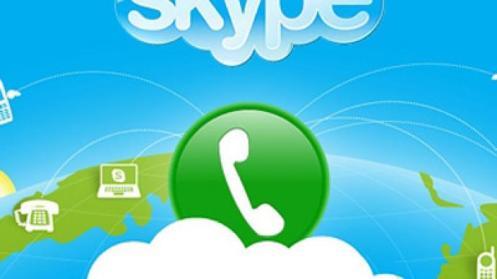 Microsoft provided a questionable answer declaring that Skype analyzes all conversations via chat officially to detect and block malicious links.

“Spam and phishing sites are not usually found on HTTPS pages. By contrast, Skype leaves the more commonly affected HTTP URLs, containing no information on ownership, untouched,””Skype also sends head requests which merely fetches administrative information relating to the server. To check a site for spam or phishing, Skype would need to examine its content.” The researchers pointed out.

Other independent researcher, including security consultant Ashkan Soltani who was hired by Ars Technica, conducted analysis of the case and confirmed that Microsoft access to some of URLs included in chat messages.

“The machines in question sends HEAD requests (meaning that it doesn’t request the full web pages) to which the server responds with HTTP headers. “

Bott sustains that SmartScreen simply examines the host’s reputation checking the HTTP headers to detect fraudulent and malicious links, he also added that the SmartScreen examines only links that haven’t yet a reputation. But it is obvious that the Skype encrypted communications must be decrypted to be analyzed and according to company Privacy Policy, “Skype can record and retain links and other content sent over Skype.”

“Skype, Skype’s local partner, or the operator or company facilitating your communication may provide personal data, communications content and/or traffic data to an appropriate judicial, law enforcement or government authority lawfully requesting such information. Skype will provide all reasonable assistance and information to fulfill this request and you hereby consent to such disclosure..”

Under Section 12 it stated that