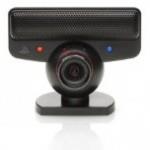 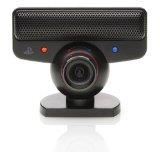 Update May 11, 2011: As you may have heard, Skype has been acquired by Microsoft. Hopefully this makes things better, but here’s the old article that is still describing the current situation:

The short answer is no. It’s already 2012 and who knows how many more years and how many more people will keep asking Sony and Skype for this feature on PlayStation 3 (PS3). Skype chat has been available on PS3’s little cousin Sony PSP (PlayStation Portable) for years now. If you search for “Skype PS3” on the internet you’ll see how many people have been asking the same question as you (your humble public servant has been asking it for over three years), and both giants seem to remain silently and arrogantly ignorant of their customers’ wishes. In fact, chances are you are reading this blog post just because you searched the Internet for a similar term because you are equally frustrated by the lack of PS3’s Skype compatibility.

I have a PS3, my friends have a PS3, so many people have a PS3 wired to their living room TVs. Most of us also have the PlayStation Eye webcam (see photo) which has superb video and audio features. Doesn’t it make sense to use this gear for video conferencing with the rest of the world that’s already on Skype (including people who are on laptops or smartphones), and doesn’t it make sense to use the big screen TV instead of PSP? I’m already using my TV, but each time I want to video chat with someone I have to connect my laptop to it via an HDMI cable and I’d like to skip this step and have it readily available, which would be so simple if my PS3 had Skype.

I’d swap my PS3 for an Xbox 360 in a moment if Skype was available on it, but it’s not, so I tend to blame Skype for this. I hope Tango does something on both personal computers and PS3 and takes over the market like it’s doing with video chat on mobile phones.

Sony and Skype, please get this running yesterday.