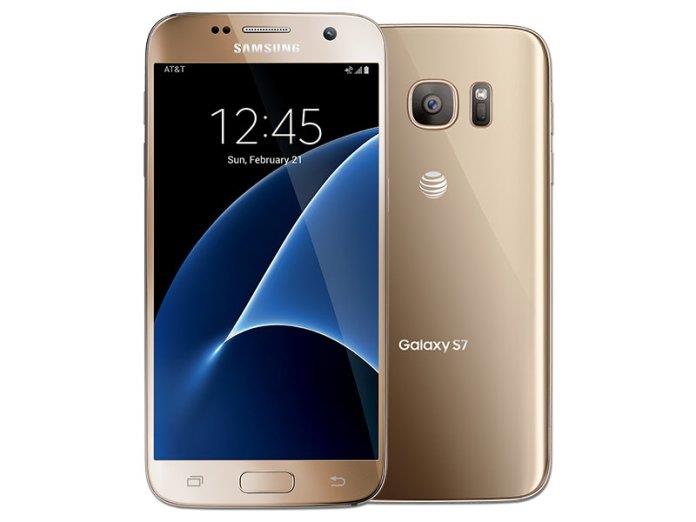 Samsung instantly got itself into a lot of trouble in the US. Firstly, their premium flagships, Galaxy S7 and S7 Edge, at last, received an OS upgrade after numerous postponements. Secondly, the long awaited Nougat upgrade is so full of issues, like we aren’t talking about the smartphone manufacturer giant and leader in many fields.

Let’s start with the camera issues. Samsung Galaxy flagships are known for great cameras and remarkable support software. Now, after the update, the camera just isn’t the same. We are talking about underperformance, crashes, and unresponsive settings. This is what one user experienced:

This allegedly can be fixed by resetting camera app or restoring factory settings. Sadly, we are sure that this isn’t an isolated issue and that many users have similar or even same issues with the native Camera app.

Another problem for some users is related to the Screen rotation feature. Namely, after the update, the screen rotation was automatically disabled. To make things worse, the standard option to toggle screen rotation on/off is missing, as well. One user expressed this matter well:

Other users referred to Screen rotation in the Notification panel within Quick Settings. But that doesn’t change the fact that the settings are awkwardly changed in the Nougat update.

Another burning issue that surfaced after the update is related to Wi-Fi. If some other minor issues can be overlooked, this is a major problem for all users that have experienced it. To be precise, the Wi-Fi icon in the Notification area is grayish and the phone is unable to connect. This user shared his thoughts on the subject.

As you can conclude by yourself, this user tried all of the general fixes but to no avail. An epic smartphone without connection is unusable. We hope that the problem will be addressed timely.

As you can see, this bug is hard to resolve at the present moment. And we think that this is the pressing matter. Hopefully, some of the upcoming patches are going to address this issue.

When it comes to a pressing matter, boot loop is at the top of the list. Yes, this problem may not be related to the Nougat update for some users, but, on the other hand, most of the boot loops are related to an OS glitch of some kind. A user called Leslj15 presented this issue concisely.

Some folks are referring to power or overheating issues. But, we think that this kind of problem is strictly software-related. And the only solution is to take your device for a repair.

Advanced Calling is an interesting premium feature that allows you to perform phone calls by using Wi-Fi. Additionally, that way all of your calls (both Voice and Video calls) are in High Definition for a better experience. In order to use it, you’ll need an adequate device like Galaxy S7 and Galaxy S7 Edge and carrier support. But, for some users, this feature is disabled and can’t be enabled after the update. Clare described her problems in detail.

Since the external culprits are removed from the equation, this issue is most certainly related to a Nougat on S7.

Besides the standard sound notifications, it seems that the LED lights are also affected with the latest update. For some users, the problem is strictly limited to Gmail notifications, while others are completely out of LED indicators for all other apps. This is how one user laid out his distress with this matter.

So, if we get it right, this user not only have an issue with LED indicator, but he is not welcoming changes related to it, as well. We hope, at least for the first part, that this problem is getting fixed soon.

As you can see, this is most certainly related to the latest update. We’ll keep you informed of the changes and fixes, but, at the moment there’s no a viable solution for this problem.

Users are also having a lot of problems with the new fonts in the notification area and SMS. Namely, they are saying that the settings and features are not as visible as before while the messages font is hard to read under the sunlight. This is what one individual who owns S7 had to say about it.

Instead of the advancement, this seems like the step back from the well-designed Samsung user interface.

Audio issues related to the speakers on Samsung flagships are not a novelty. However, this seems to be an annoyance specific for Nougat update. Some users reported that they are hearing distorted, the metallic sound coming out of the speaker. This user described his issue related to a speaker sound.

Some users managed to fix this issue temporarily by disabling some in-call features or decreasing the volume. But, it’s certainly something that Samsung needs to take into the consideration.

Additionally, after the update, some users have lost the bubble badges showing the number of missed calls. You’re still able to find the detailed listing in the call log, but this notification feature was quite handy for most of the users. Since it’s not officially excluded from Nougat, all the signs lead to the bug that somehow removed these badges. This is what one worried user had to say about it.

We hope they’ll get it back. Is this supposed to be an upgrade or what?

In case you’ve experienced drastic battery life drops after the update, don’t think that you are alone. A lot of users around the web reported a huge battery drains after upgrading to Nougat. To make the things even worse, the tech support claims that this will be fixed after the few days of device usage. When the device ‘gets used to’ a new system. Sadly, only a new patch or the factory reset can fix that. One user summarized his experience after the update.

This is the grave problem for all of the users since they are deprived of everyday battery life they have been used to.

That should conclude it. Have in mind that some of the issues are dependable on your carrier and their respective services. Don’t forget to send them a ticket and ask for a resolution.