Staying in touch with family and friends has gotten so much easier over the past decade. Like probably many of you, Marco and I use Skype for international calling, chatting, and video-conferencing. It’s free if both people are online and logged into their accounts and pretty cheap when you call just about any mobile or land-line anywhere in the world from your account. But is Skype secure? How do you deal with a hacked Skype account? And how can you use Skype more securely? Here is how we learned our lesson on using Skype and some recommendations based on our personal experiences with Skype. 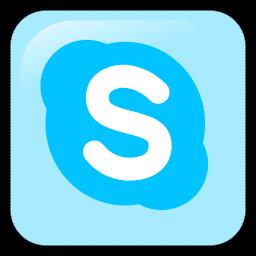 Are there any security issues with Skype? You bet! Marco and I both had our Skype accounts set up to recharge automatically when the balance drops below a certain point (I think $2 if I remember correctly). It all went well for years…. until this week. Within one day Marco received six emails that his account had been credited through the automatic re-charge he set up via PayPal. He logged into his account and found that over the course of two days, someone had made hundreds of calls to various countries in Africa – using his credit. And since he had the automatic recharge set up, this someone could keep going and going and going until Marco cancelled the automatic recharge with PayPal and changed his password. Including the credit he had on the account and the six recharges, this whole mess cost him over $200. How much does that suck?!

He IM-ed Skype (because you cannot find a telephone number anywhere), they blocked his account and sent him a link to reset his password. That’s as far as they are willing to go apparently. He chatted with a customer representative and was told that his PC probably wasn’t secure and it was his own fault.The problem with this? He has an up-to-date anti-virus program that should prevent this type of problem. And nothing else has been hacked – neither his bank account, email accounts, nothing. Isn’t it instead at least possible that Skype had their system hacked? We don’t know. Skype should know who used Marco’s account to make all these calls because they should have access to the IP address used to log in. However, Skype doesn’t seem to care. They got paid for the calls that have been made and it looks as though that’s all they care about. It’s very frustrating!

PayPal to the Rescue

Luckily PayPal is a much more customer-friendly company. Marco marked the charges on PayPal as fraudulent and PayPal contacted Skype to figure out what was going on. It took about a week and PayPal refunded everything. Does it take a company to talk to a company? Who knows! Based on this experience it seems that if you use the automatic recharge process, it might seem safer to use an intermediary like PayPal than giving Skype your credit card information and using that for the automatic re-charge. We contacted Skype and they were unwilling to do anything. PayPal contacted Skype and was able to refund all our money.

Is Skype Safe? How You Can Protect Yourself While Using Skype

How can you protect yourself from somebody hacking into your Skype account? I am not sure. Apparently, it isn’t enough to only use Skype on your home computer on your protected internet connection and to have an alpha-numeric password and an anti-virus program installed.

So, if you seemingly can’t protect yourself from somebody hacking into your account, what can you do? Well, not use Skype of course… but I suspect that the problem is similar with other providers. We will keep our Skype accounts for the moment, but have taken some added precautions to prevent this from happening again.What steps can you take to protect yourself from having some idiot make calls around the world with your money?

Backing Up Your Skype Contacts

Want another tip on using Skype? Back up your contacts in Skype! When Marco did an upgrade recently, he lost all of his contacts. He contacted Skype and they were able to provide him with his old contact list… At least something good about Skype, right? ? Anyways, if you update your account and find yourself without your contacts, let Skype know. They can help you get those back.