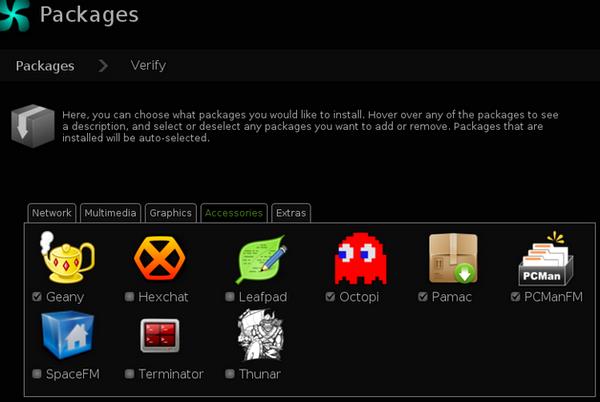 The download went well and wireless worked out of the box. With two exceptions, there was little that was different from the Debian-based Openbox distributions that I usually use. The first noteable difference was a tool that presented itself at the end of the main installation. This tool allowed the installer to choose from a set of applications in each of the 5 main Linux application categories. There were 4 to 10 applications offered in each category. This was a welcome addition because it reduced the normally long task of removing, installing and configuring apps to finally get what I like. For Debian-based distros, I have this down to a science, but here I was on new terrain, which I quickly discovered. The second noteable difference had real substance: no synaptic, apt-get or aptitude! 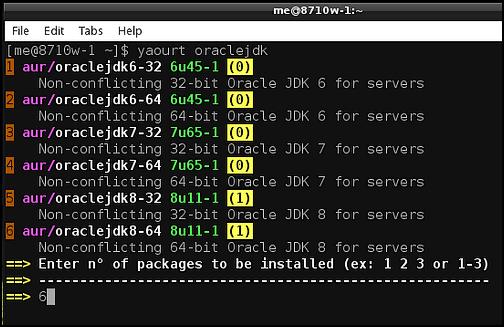 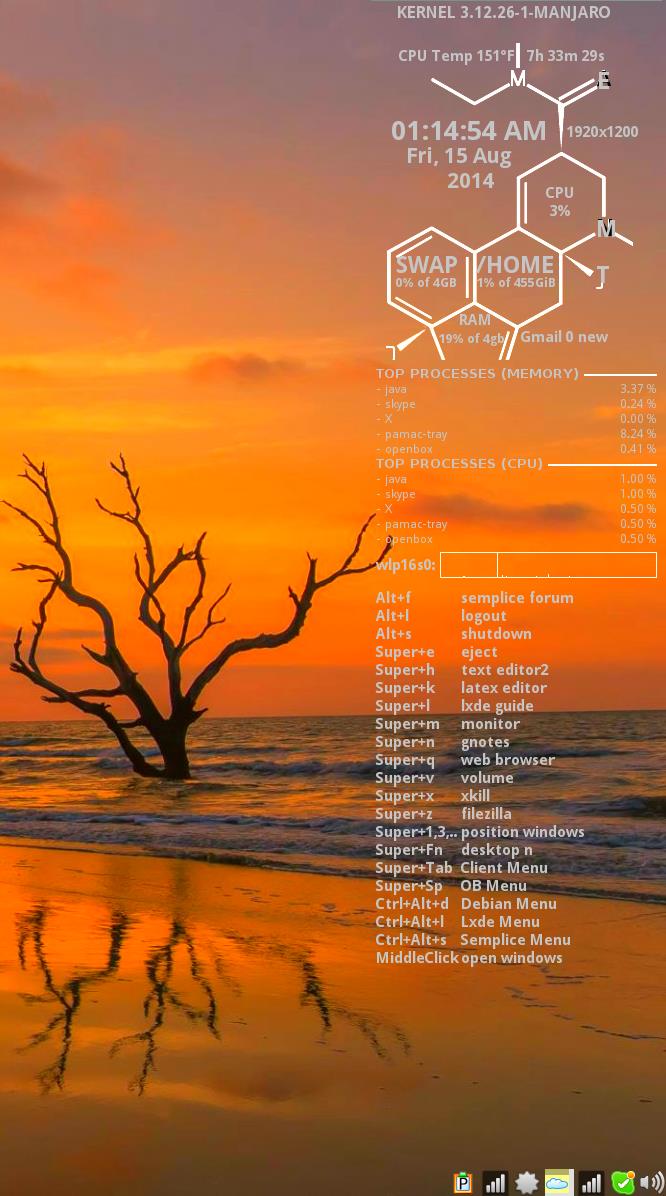 I set-out to test the system by asking it to install Oracle Java, a necessity on my systems and sometimes elusive to install on a Linux operating system. I did searches for various combinations of oracle-java, oraclejdk, jdk, etc using both Octopi and Pamac. Octopi presented nothing until I highlited “Yaourt” in the right column. Then I got the 6 choices shown in the picture on the left. A similar result occurred when I used Pamac and checked the box labeled “Search in AUR”. Further reading informed me that “AUR” stood for “Arch User Repository”, and it contains over 44,000 packages and is moderated by the collective. So this is where the interesting stuff was, and the key to accessing it was yaourt (or Octopi or Pamac).

I put yaourt oraclejdk into the terminal and got the image shown on the left-middle, which showed the same 6 choices as already mentioned, with number 6 clearly being the latest model. So I entered “6” where it asked for package number to install and pressed enter. The installation went without a hitch, although it was interrupted with questions, many more times than an equivalent procedure in Debian would produce. I suppose this is part of the Arch-linux “hands-on” approach. I simply took the standard beginner approach by always answering “no” to changes (edits) and “yes” to continuing.