Instant messaging truly was the first form of “social media” by connecting people in a way that we thought was never possible.

When it first became available to anyone with an Internet connection, we all couldn’t get enough of it!  On this #ThrowbackThursday, let’s turn the clock back to the beginning when the start of social media was ICQ and AOL! 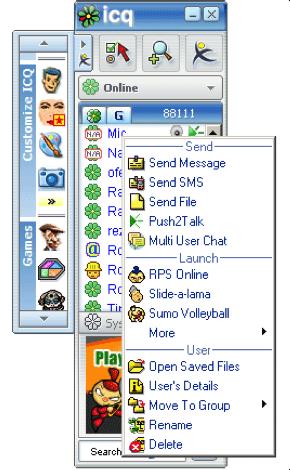 1996 – ICQ was the first major real-time messaging application that took the world by storm.  In it’s first year it connected 850,000 users and four years later it reached 100 million users (Think Quest).  The idea of instant messages was something everyone wanted their hands on.

1997 – The world was introduced to that now iconic computer voice and AOL greeting: You’ve Got Mail. AOL jumped on the instant messaging bandwagon, but they also brought so much more to the table. AOL allowed you to create personal profiles, join chat rooms with those who had similar interests, send emails and even play games (Slingo was my favorite). AOL Instant Messenger (AIM) allowed non-AOL subscribers to stay connected by creating a screen name to chat with their friends and family on a downloadable desktop application (Think Quest).

1998 – It only took a year for AOL to acquire ICQ, which ultimately helped their stock and user count grow even larger (How Stuff Works).

Along with AOL, in 1998 Yahoo! Messenger was released (About). Just like AOL, you were able to create a personal profile, chat with friends and even block any users you didn’t want to chat with.

As we head into the new millennium, do you remember the scare of “Y2K”.? Of course the world didn’t actually end, instead we had even greater advances in digital communications.

2000 – The New Year brought two new instant messaging services that allowed you to access all your buddy lists (across all accounts) in one place. Jabber and Trillian (About). No longer did you have to worry about switching accounts or screen names.

2002 – It is debatable which social networking website really did kick off the social media revolution, but Friendster was the first in 2002, it just didn’t get as much notoriety as some other networks launched in the next two years.

2003 – Imagine video chatting with anyone in the world for free? Well, as long as you and your friend both downloaded Skype to your computer, it became possible. Skype brought a whole new style to instant messaging (Tech Time).

In the same year, MySpace was launched and we started to understand the idea of what social networking online could be. In 2004, a college student named Mark Zuckerberg started a little project called The Facebook, and the rest is history.

We now use Facebook, Twitter and dozens of other social media sites to keep connected, build personal profiles, video chat and so much more.

Who would have thought, about a decade ago when MySpace launched, our Internet families would grow to such extremes? It’s safe to say that from ICQ to Facebook, the way we communicate with one another has changed forever.

Do you prefer the new social media to the old school instant messaging services? Share your opinions with us! Be sure to follow us on Facebook and Twitter for more blog posts and happenings.