ICQ, a still popular IM network that started it all, today released the official ICQ Mobile For Android v1.0.0 application to the Android Market.

While ICQ hasn’t been at the top for a while, it still remains popular in Europe, and Russia specifically, with 100s of millions of registered accounts and 50 million active users as of 2008.

AOL acquired Mirabilis, the company behind ICQ, on June 8, 1998 for $407 million and then 12 years later (April 2010) sold it to Digital Sky Technologies of Russia for $187.5 million. Shockingly, in an unprecedented series of events, AOL lost more than half the money it paid more than a decade ago – something that has never happened to the company before! (:sarcasm:)

ICQ has been compatible with the AIM protocol since 2000. It has also been supported by a multitude of multi-network chat clients, such as Pidgin, Digsby, Adium, Meebo, and Trillian for a long time.

However, it’s nice to finally see the official app show up, supported by the core developers.

Here is what’s going on with version 1.0:

Check out some screenshots:

Scan this QR code with Barcode Scanner to download ICQ from the Market: 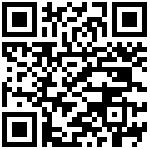